NTSB to announce decision on Katz crash in Massachusetts

Federal safety agency to determine 'probable cause' in Jet crash that killed philanthropist, six others in May 2014 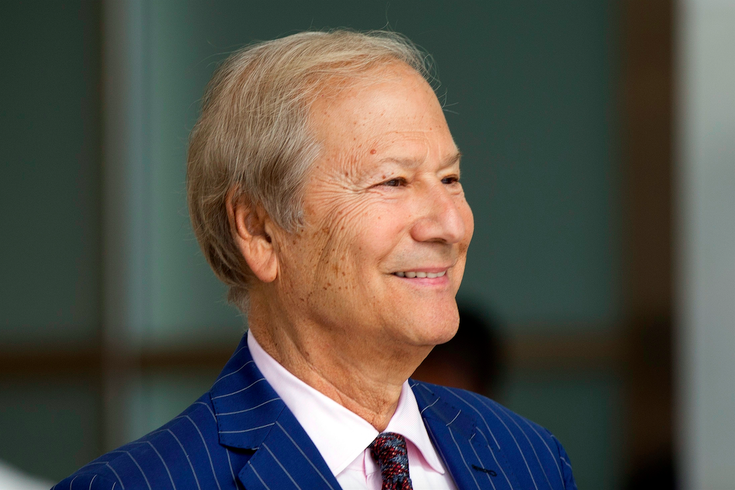 The National Transportation Safety Board is expected to announce a probable cause next Wednesday in its investigation of the May 2014 jet crash that killed philanthropist and former Philadelphia Inquirer co-owner Lewis Katz and six others.

The federal agency has been investigating the fiery crash that occurred on the night of May 31, 2014, after the jet accelerated down the runway at Hanscom Field in Bedford, Massachusetts. Katz, 72, died in the crash just four days after he won an auction for ownership of The Inquirer, The Daily News and Philly.com.

Also killed in the crash were Katz friends Susan K. Asbell, 68, Marcella M. Dalsey, 59, and Anne B. Leads, 74, along with three crew members, Bauke de Vries, 45, James McDowell, 51, and Theresa Anne Benhoff, 48. There were no survivors.

Katz had flown with Asbell, Dalsey and Leeds from Cherry Hill earlier that Saturday to attend a social event in the Boston area. The jet was scheduled to fly to Atlantic City International Airport when it failed to lift off.

A preliminary NTSB report in June 2014 suggested that pilot error was likely a strong factor in the crash, based on a determination that the experienced crew did not appear to have performed a pre-flight check that would have alerted them to an issue with the jet's gust lock system.

In April 2015, the NTSB released a cockpit voice recorder transcript that revealed one of the pilots had repeated the phrase, "The lock is on," followed by, "I can't stop it" and "oh no no" just prior to the crash. Together with the transcript, the NTSB released 800 pages of documents on the incident, including evidence that the flight crew routinely attempted to take off without performing a pre-flight check.

According to the documents, the pilots are believed to have initiated take-off without locking the elevators and rudder on the plane's tail, a necessary pre-flight procedure.

The NTSB will announce its official determination of probable cause at 9:30 a.m. on Wednesday in Washington, D.C.

Katz, who rose to prominence in business and law, was a former owner of the New Jersey Devils and Nets. In recent years he became increasingly dedicated to charity, donating millions of dollars to educational institutions including Temple University and the Dickinson School of Law.