Mayor says fine for not enrolling is almost same as premiums 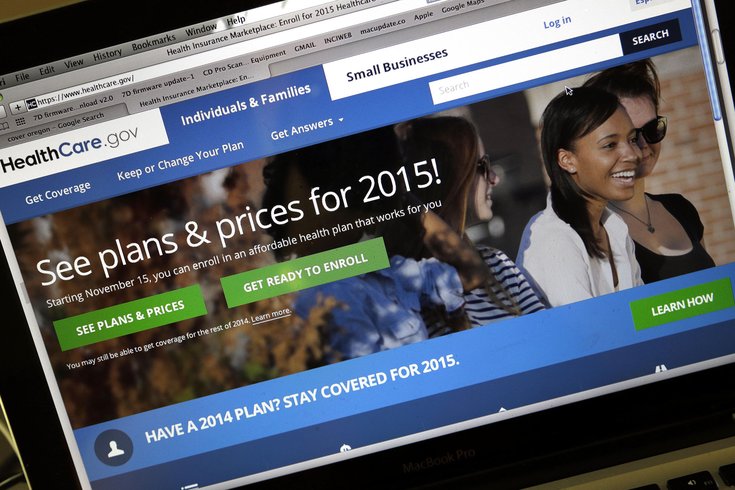 The HealthCare.gov website is where people can buy health insurance.

Mayor Michael Nutter urged uninsured Philadelphia residents Wednesday to sign up for healthcare plans using the Affordable Care Act’s marketplace, arguing that the fine for not being insured often is comparable to the health plan costs.

The enrollment deadline is Sunday.

“After showing the love on Valentine’s Day, make sure everyone gets covered by Feb. 15,” Nutter said on a conference call with Valerie Jarrett, White House senior advisor.

As of Feb. 6, nearly 440,000 Pennsylvanians have signed up or re-enrolled for health plans on the federal marketplace, officials said. That figure includes more than 220,000 in the Philadelphia region and 66,000 within the city.

Officials are looking to boost those numbers by Sunday’s deadline. Enroll America is hosting a sign-up drive this weekend at Methodist Hospital in South Philadelphia, Nutter said.

“The city of Philadelphia works very, very closely with Enroll America to ensure that as many Philadelphians are insured as possible,” Nutter said.

Jarrett touted the benefits of the ACA, noting that 81 percent of enrollees received tax credits that cut their monthly premiums by about $230.

“We are making important headway but we still have much work left to do,” Jarrett said. “Too many Americans are still in need of that vital coverage. They don’t know that they are just a few clicks or a phone call away from relaxing or breathing easier.”