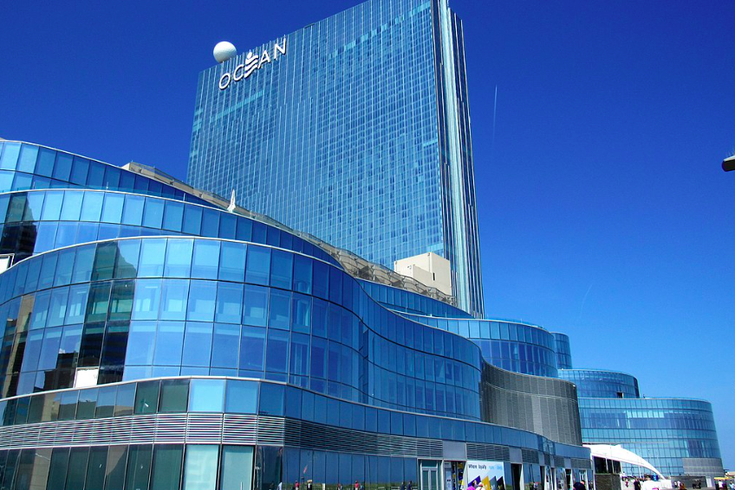 Ocean Casino Resort filed an intent-to-use application for its 'Go for the Win' slogan with the U.S. Patent and Trademark Office in May.

Ocean Casino Resort has a clear message for Live! Casino & Hotel Philadelphia: only at the Atlantic City hotel and casino can guests "go for the win."

The Atlantic City entertainment venue filed a lawsuit Tuesday in federal court in Camden against the South Philly venue, accusing Live! Casino & Hotel of having engaged in "infringement and unfair competition" by employing a similar marketing slogan this year without consent.

Ocean Casino Resort rolled out its "Go for the Win" marketing campaign in June as part of an effort to bring customers back to the entertainment venue amid the COVID-19 pandemic, according to the lawsuit.

The Atlantic City hotel and casino said that it spent five months and more than $140,000 developing the marketing campaign with its advertising agency. Ocean Casino Resort said that it then spent more than $1.5 million to promote the campaign across South Jersey and the Philly region through advertisements on media platforms and billboards.

However, just one month later, Live! Casino & Hotel introduced its "Let's Go for the Win" initiative to spur more business at the brand-new South Philly entertainment venue, according to the lawsuit. The casino and hotel used its new marketing slogan in advertisements on TV, websites and social media, as well as on a digital billboard nearby Ocean Casino Resort in Atlantic City, the suit alleges.

Live! Casino and Hotel's marketing campaign was "made with full knowledge and conscious disregard of the rights of Ocean, and are willful, intentional and deliberate acts, made in bad faith with the intent to trade on the goodwill of the service mark of Ocean," the lawsuit alleges.

Attorneys representing Ocean Casino Resort also said that Live!'s "unauthorized" use of the slogan "is likely to cause confusion, mistake and/or deception" that the two entertainment venues are connected.

Additionally, Ocean Casino Resort said that its ability to offer services under its "Go for the Win" campaign has now been interfered with. Described by its attorneys as "a unique and distinctive service mark of Ocean," the Atlantic City casino and hotel filed an intent-to-use application for the slogan with the U.S. Patent and Trademark Office in May.

Ocean Casino Resort is now seeking a court order to prevent Live! Casino & Hotel from using the marketing slogan and mandate the latter to destroy all materials associated with the advertising campaign.

A spokesperson for Live! Casino & Hotel Philadelphia declined to comment. The Cordish Companies-owned entertainment venue opened near the Sports Complex in February.