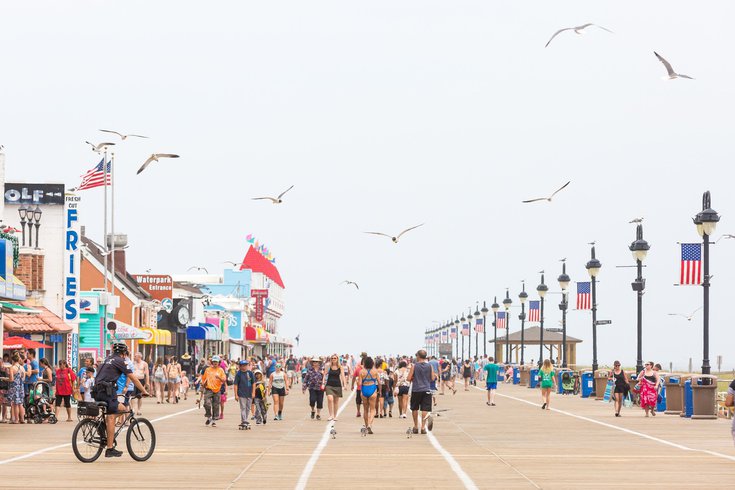 Sammi 'Sweetheart' Giancola said that she hopes to have her shop open during weekends next month on the Ocean City boardwalk.

As Cape May County prosecutors investigate mounting allegations of inappropriate sexual behavior among members of the Ocean City Beach Patrol, the Jersey Shore town will look to hire an independent contractor to oversee day-to-day operations of the patrol.

The decision was made in response to an Instagram account, @ocbp_predators, that has posted dozens of disturbing allegations from anonymous sources over the last week.

Several of the posts reference unnamed, senior OCBP members who are accused of making sexual remarks to minors, inviting them to parties, flashing genitals, and in some cases, sexually assaulting them. Other posts detail efforts to bring the alleged behavior to the attention of OCBP leadership and local authorities, with little or no action taken to address concerns.

The accusations compiled on the Instagram page range over a number of years. Several come from both young women and men who have worked with OCBP. The account has amassed more than 8,300 followers.

"I want you all to know that the city is handling this matter with utmost urgency, and I intend to provide regular updates," Ocean City Mayor Jay Gillian wrote in a statement on the town's website.

Gillian has appointed Aide to the Mayor Michael Allegretto to oversee operations of the Ocean City Beach Patrol. He will retain a labor attorney with a background in employment investigations to ensure the city's policies and procedures are sufficient, correctly implemented and properly communicated.

The independent contractor will be hired to handle beach patrol duties while the investigation is conducted.

The anonymous creator of the account clarified on Wednesday that the intent of the page is not to ruin OCBP.

Gillian urged those with information pertinent to the investigation to come forward.