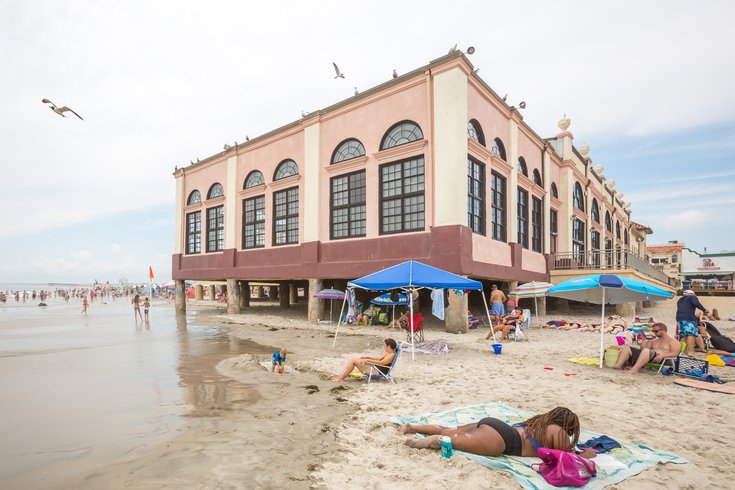 Dozens of anonymous allegations of sexual harassment by members of the Ocean City Beach Patrol have been posted on Instagram, prompting an investigation by the Cape May County Prosecutor's Office.

A slew of anonymous allegations posted on Instagram has prompted the Cape May County Prosecutor's Office to initiate an investigation into claims of sexual misconduct among members of the Ocean City Beach Patrol, officials revealed this week.

The allegations surfaced last week on the Instagram account @ocbp_predators, where more than 50 posts highlight the experiences women and men had with unnamed members of the beach patrol. Many of the allegations involve minors, some as young as 13 years old, and they range in time from last summer to as far back as 1996.

"The untold stories of pedophiles, predators, and inappropriate behavior on the beaches of America’s Greatest Family Resort," the Instagram account says in its description.

"The city was made aware this week of an Instagram account that describes predatory and sexually harassing behavior among members of the Ocean City Beach Patrol," Mayor Jay Gillian said in a statement on the city's website. "The account includes anonymous posts about unnamed individuals inside and outside the workplace."

A handful of posts reference two unnamed older lifeguards who allegedly displayed a pattern of inappropriate interactions with girls.

"The same two predators everyone is talking about groomed me from the age of 13, following the same M.O. as previous victims ie: flashing me their genitals, untying my bathing suit top, trying to take me under the music pier," one woman wrote. "Then when I made the patrol at 16 I became their subordinate and it became some joke between the two of them that I was 'their favorite tease.' I had to sit the stand with both of them multiple times over the course of my rookie summer. The trauma these two caused runs so deep."

Several posts reference an apartment in Ocean City where the unnamed beach patrol members allegedly took underage girls to parties. Others similarly claimed the beach patrol members would flash their genitals, make inappropriate sexual comments and in some cases, sexually assault them.

A few posts refer to instances in which beach patrol leadership and local police allegedly were informed about the disturbing incidents and opted not to pursue them.

One current male beach patrol member wrote that he regrets "some of the comments I have made to my co-workers over the years" and has since attempted to expose the patrol's unhealthy culture.

"In doing so, Administrators have told me it's not their job to address the situation and to go to HR," he wrote. "The Chief has blatantly ignored reports of misconduct as not to bring attention to himself and the OCBP. Last I checked it's the administration's job to advocate for the health and safety of all guards. I've gone to HR and they continue to ignore the first-hand accounts of female lifeguards."

A mother of three OCBP lifeguards wrote of the Instagram account, "This page is needed but upsets me terribly."

The woman said she and her daughter once went to Ocean City police to report inappropriate behavior.

"The officer replied, these behaviors are well known by the chief and former chief," the woman wrote.

Gillian said the county prosecutor's office is in the process of investigating the allegations.

"The city has strict sexual harassment policies and procedures in place and acts immediately on every reported complaint," Gillian said in his statement.