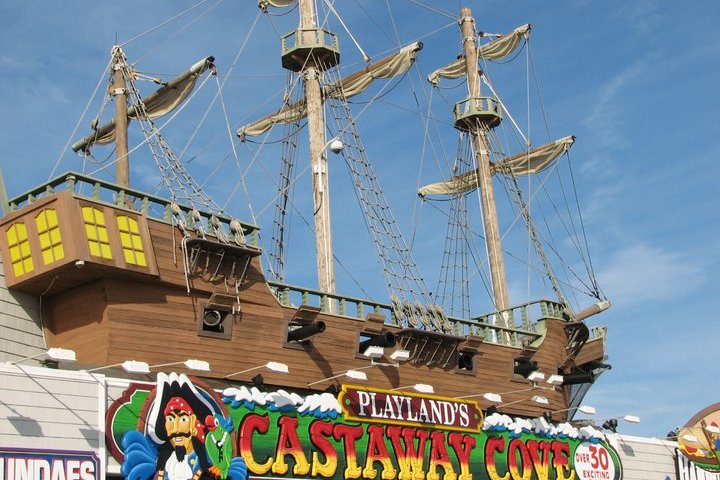 The Gale Force roller coaster at Castaway Cove on the Ocean City Boardwalk was undergoing a safety check when two water-filled dummies flew out of the coaster and landed on the roof of a nearby hotel. Officials say there was a problem with the dummies and the roller coaster is safe to ride.

Playland Castaway Cove theme park on the Ocean City Boardwalk was conducting a safety check on its Gale Force roller coaster when two test dummies on the ride flew out of their seats and landed on the roof of a nearby hotel.

But Castaway Cove's owners are saying the coaster is still safe to ride.

The dummies, which are filled with water to approximate the weight and size of a person, reportedly sprung a leak during the routine safety check on Saturday morning. They flew out of the coaster car and onto the roof of the Ebb Tide Suite with minimal damage. No injuries were reported.

The Press of Atlantic City reported the harnesses on the ride were still locked after the check was complete, but because the 150-pound dummies were not fully filled with water, they deflated and lost their shape.

Officials at Castaway Cove insist the Gale Force is still safe to ride, as it undergoes dozens of safety inspections every morning.

“Obviously it’s not something that would ever happen with a person in it,” Castaway Vice President Brian Hartley told NBC10. “You know, you don’t lose rigidity in a person. The lap bar comes down. You’re secured in there.”

NBC10 reported the roller coaster has remained in operation since the incident on Saturday.