Tommy Orange's 'There There' selected for 2020 One Book One Philadelphia 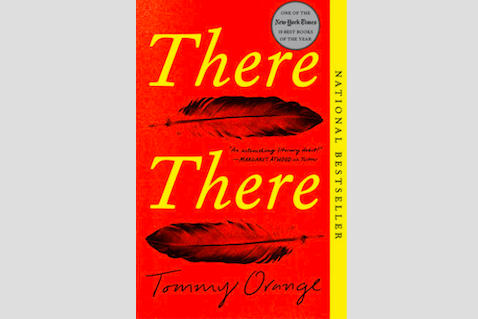 "There There," by Tommy Orange, is about 12 Native American characters in Oakland, California.

Tommy Orange's "There There," which follows the lives of 12 characters from Native communities in California, was selected for the 2020 One Book One Philadelphia program.

The ambitious novel was lauded by critics when it debuted in 2018 and quickly made its way onto the national bestseller list. It was also a finalist for the Pulitzer Prize. Orange, a member of the Cheyenne and Arapaho tribes of Oklahoma, used to live in Oakland, where the book is set, and is where he began work on the debut novel.

The book follows 12 interconnected characters from Oakland that are all traveling to the Big Oakland Powwow, where the central narrative of the story plays out. Orange writes of Native people's painful history, grapples with how to understand it, and explores how to move through the contemporary complexity of Native American life.

In a review of the novel, the Guardian called it "moving and powerful." Here's an excerpt of the review:

"Orange ... deals not just with several centuries of oppression of the Native American community (which a brief, dryly witty prologue deals with in a devastatingly matter-of-fact way), but how rites and tradition can seem comically anachronistic in a world of “glass, metal, rubber, and wires, the speed, the hurtling masses” in which “the city took us in”. The book steers clear of the antique romance of the open plains; for that, as Orange wryly notes: “we have… Kevin Costner saving us, John Wayne slaying us [and] an Italian guy named Iron Eyes Cody playing our parts in movies”."

Here's an audio sample of the book, courtesy of Penguin Random House.

One Book One Philadelphia, now its 17th year, hosts events, discussions and workshops based on the themes introduced in the book. Last year, Jasmyn Ward's "Sing, Unburied Sing" prompted nearly 100 events and programs.

To give the public time to read the novel, programming will begin on January 22.