One suspect in custody, other at large in Camden murder 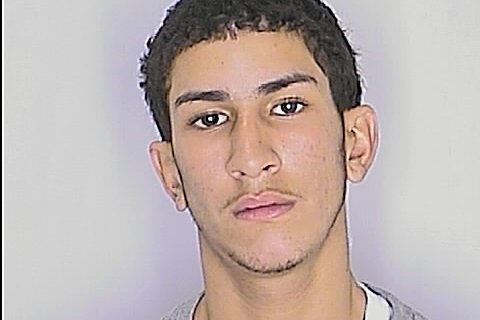 Two suspects in a fatal shooting in Camden have been charged, but one is still at large, authorities announced Friday.

According to prosecutors, 29-year-old Reymond Pagan was taken into custody Thursday for the death of city resident Jose Franco, 34, who died following a late-night robbery that occured Sept. 27 near the area of 28th Street and Pierce Avenue.

Franco was shot while the crime was occuring, authorities say, and succumbed to his injuries at the hospital the following morning.

Detectives say thanks to surveilance footage, cell phone evidence and witness statements, Pagan, along with 18-year-old Samuel Lopez, are believed to be responsible for Franco's death.

Both have been charged with first-degree murder.

Pagan was arraigned after being taken into custody and bail was set at $1.5 million full cash.

Lopez, however, is still on the loose and is considered to be armed and dangerous.

The U.S. Marshals Service is asking the public not to approach Lopez if seen.

Anyone with information about his whereabouts is asked to contact Detective Matt McKeown of the U.S. Marshals Service Regional Fugitive Task Force at 609-820-7192.