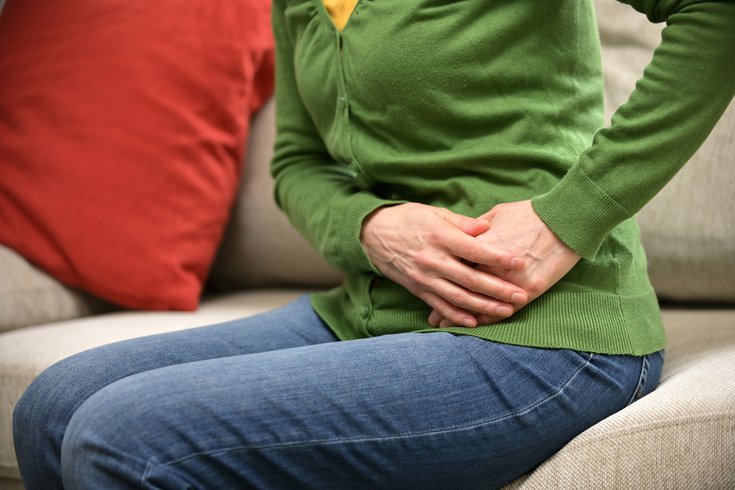 Pelvic or belly pain is among the most common symptoms of ovarian cancer. The others: bloating, trouble eating and urinary difficulties.

Ovarian cancers are hard to detect and regular screening is not recommended for asymptomatic adults. Most cases aren't identified until an advanced stage.

When ovarian cancer is detected at an early stage, almost 94% of the women will live longer than five years after diagnosis. However, only about 20% ovarian cancers are found early.

The problem is the symptoms of ovarian cancer are vague and hard to pinpoint. The most common symptoms – bloating, pelvic or belly pain, trouble eating and urinary difficulties – can be attributed to several conditions.

Abnormal vaginal bleeding or discharge, fatigue, back pain, pain during sex and abdominal swelling with weight loss also are possible symptoms of ovarian cancer. The American Cancer Society estimates that more than 22,000 women are diagnosed with ovarian cancer each year. And it is one of the leading causes of cancer deaths.

During September, which is Ovarian Cancer Awareness Month, many women have spoken up about their ovarian cancer diagnoses and urged women to be in tune with their bodies to better recognize when something is wrong. And most importantly, they encourage them to be their own best advocates.

Dr. Nadia Chaudhri, a psychology professor at Concordia University in Montreal, Quebec, has been sharing her journey with ovarian cancer – which her doctors first mistook for a urinary infection – on Twitter. Her diagnosis is now terminal.

"Know your bodies," she tweeted. "Pay attention to fatigue and changes in bowel/urinary tract movements. Make sure you understand all the words on a medical report. Do not dismiss your pain or malaise. Find the expert doctors."

Identical twin sisters Teresa Swain and Lisa Simmons spoke with TODAY about their experiences with ovarian cancer and how important it is not to ignore persistent symptoms.

Their doctor, Dr. Sarah Goodrich, an OB-GYN based in Indianapolis, said, "Don't write off the bloating that's persistent. Don't just think, 'Oh, I keep getting a urinary tract infection.' Maybe it's not what it is. We see that commonly. People think, 'Oh, I have a yeast infection again. Or a UTI again.'"

Risk factors for ovarian cancer include age, a family history of breast, ovarian or colorectal cancer, a personal history of breast cancer, and being of Ashkenazi Jewish descent. Never having given birth or giving birth after age 35 also increase risk.

Ovarian cancer usually is confirmed through a combination of imaging and blood tests, as well as a biopsy of the tumor.

Current screening includes pelvic exams during regular women's health checkups, but early ovarian tumors are not easy to feel. Pap tests, or human papillomavirus tests, designed to detect cervical cancer also are sometimes used, but they rarely detect ovarian cancer. And when they do, it is usually at an advanced stage.

A test being developed by Penn Medicine, however, offers hope that screening for ovarian cancer could become easier.

Researchers have created an odor test that can distinguish between benign and cancerous pancreatic and ovarian cells with up to 95% accuracy.

It analyzes vapors coming from blood samples. Artificial intelligence and machine learning allows a so-called "electronic nose" to identify the volatile organic compounds, or VOCs, emanating off the cells in blood plasma samples using nanosensors. VOCs are compounds that have a high vapor pressure and low water solubility.

"It's an early study but the results are very promising," A.T. Charlie Johnson, a physics and astronomy professor, said earlier this year. "The data shows we can identify these tumors at both advanced and the earliest stages, which is exciting. If developed appropriately for the clinical setting, this could potentially be a test that's done on a standard blood draw that may be part of your annual physical."