Penn Medicine develops an 'electronic nose' to sniff out cancer 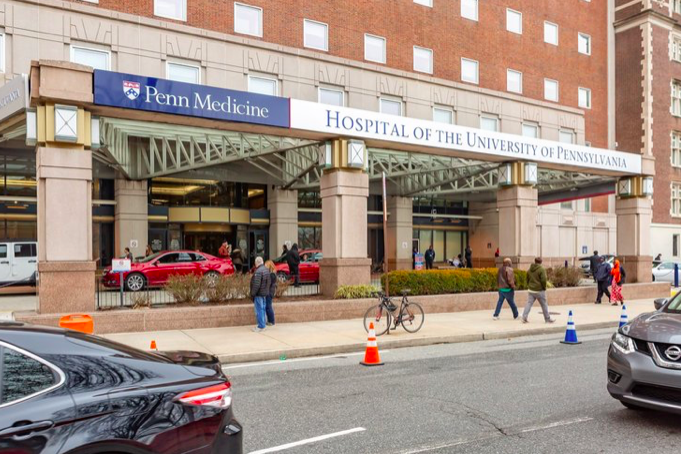 Previous studies from these researchers showed that the volatile organic compounds released from the tissue and plasma of ovarian cancer patients are distinct from the samples of patients with benign tumors.

An odor test can distinguish between benign and cancerous pancreatic and ovarian cells with up to 95% accuracy, according to researchers at the University of Pennsylvania.

The test, developed by Penn Medicine, analyzes vapors coming from blood samples. Artificial intelligence and machine learning allows a so-called "electronic nose" to identify the volatile organic compounds, or VOCs, emanating off the cells in blood plasma samples using nanosensors. VOCs are compounds that have a high vapor pressure and low water solubility.

"It's an early study but the results are very promising," said A.T. Charlie Johnson, a physics and astronomy professor. "The data shows we can identify these tumors at both advanced and the earliest stages, which is exciting. If developed appropriately for the clinical setting, this could potentially be a test that's done on a standard blood draw that may be part of your annual physical."

When it came to detecting ovarian cancer, the electronic nose was 95% accurate. For pancreatic cancer, it was 90% accurate. The tool was also able to detect early-stage cancers.

Pancreatic and ovarian cancers are both hard-to-detect cancers for which regular screening is not recommended for asymptomatic adults.

Most cases aren't identified until an advanced stage. They are usually confirmed through a combination of imaging and blood tests, as well as a biopsy of the tumor.

Pancreatic cancer affects an organ responsible for the production of hormones like insulin and enzymes that help the body digest food. There is currently no recommended routine screening for asymptomatic adults. The Fox Chase Cancer Center says most cancers are detected after abnormal blood or imaging tests.

Detecting pancreatic cancer is complicated by the fact that there are no specific symptoms for this type of cancer. Symptoms like chronic pain in the stomach, sudden weight loss, nausea and jaundice are associated with several different medical conditions.

According to the American Cancer Society, about 60,430 people will be diagnosed with pancreatic cancer in 2021. And about 48,220 people will die from it this year.

The Pancreatic Cancer Action Network reports that the five-year survival rate for pancreatic cancer is 10%. Compared to the survival rate of other types of cancer, this is really low. Most people aren't diagnosed until stage IV, when the cancer has already spread.

The American Cancer Society also estimates that more than 22,000 women are diagnosed with ovarian cancer each year. This is one of the leading causes of cancer deaths.

When ovarian cancer is detected at an early stage, almost 94% of the women will live longer than 5 years after diagnosis. However, only about 20% of this type of cancer is found early.

Current screening for ovarian cancer includes pelvic exams during regular women's health checkups, but early ovarian tumors are not easy to feel. Pap tests, or human papillomavirus tests, designed to detect cervical cancer are sometimes also used to screen for ovarian cancer, but they rarely detect ovarian cancer. And when they do, it is usually at an advanced stage.

Like with prostate cancer, there aren't specific symptoms for ovarian cancer. The most common symptoms such as bloating, pelvic or belly pain, trouble eating and urinary difficulties could again be caused by several different conditions.

The University of Pennsylvania is collaborating with VOC Health to commercialize the device for research and clinical applications. Teaming up with Richard Postrel, chief executive officer and chief innovation officer of VOC Health, has already led to improvements in the device's detection speeds.

"Initial prototypes of commercial devices able to detect cancer from liquids and vapors will be ready soon and be provided to these Penn researchers to further their work, " Postrel said.

The results of the Penn Medicine study will be presented at the annual American Society of Clinical Oncology meeting Friday.

Johnson, Cynthia Otto, director of the Working Dog Center and a professor at Penn's School of Veterinary Medicine, and Benjamin Abella, a professor of emergency medicine, are co-founders and equity holders in VOC Health.