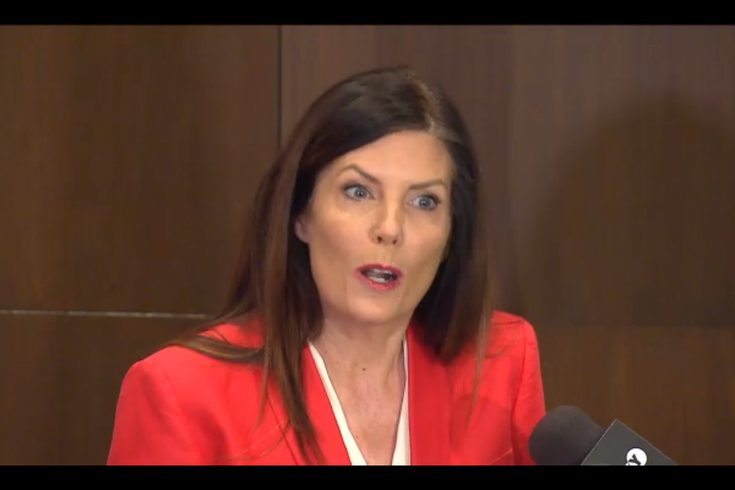 On Tuesday, Pennsylvania Attorney General Kathleen Kane announced that she will not be seeking re-election in this year's coming elections.

During a news conference in Scranton, Kane said that she prided herself on the work he's done during her time in office – noting especially the reformation of a task force targeting child abuse crimes – and said that she's looking forward to spend more time with her family.

"Every single day I strive to make sure that the people of Pennsylvania are getting what they elected," she said, adding voters elected her to "fight on their behalf."

Kane, 49, said that while she remains in office, she pledges to "fight corruption, regardless of the cost to me" and will stay in office until her job is done.

In saying that this term will be her last, Kane said that she hopes voters felt that she gave her all as a "full-time Attorney General."

"I love being the Attorney General," she said. "I love serving the people of Pennsylvania."

She refused to answer questions.

Last week, a state Senate resolution to have Kane removed from office failed – though every Republican senator in the state supported the measure.

Some have been calling for Kane to step down ever since she became embroiled in the ongoing "Porngate" scandal, which began after objectionable and questionable content was found in emails said to have been shared by state employees, including judges and state prosecutors, on government-owned computers.

In December, Kane named a special investigator to look into the matter. Kane's law license was suspended temporarily after being accused of leaking information to the press.