Pa. college student under investigation for apparent abuse of opossum 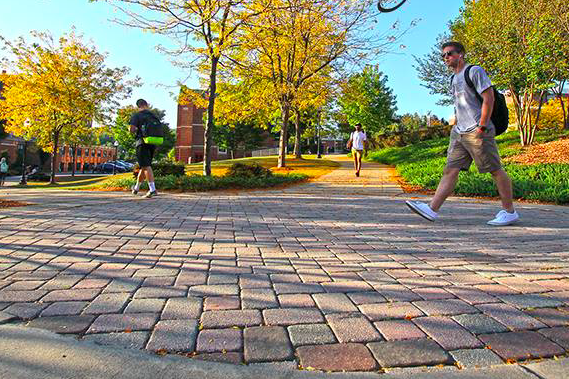 Officials at Bloomsburg University and the Pennsylvania Game Commission are investigating a weekend incident in which several young men, including at least one student of the college, shared photos of what appear to be abusive acts against a wild opossum.

Photos spread across social media networks early this week showing a few individuals dangling the opossum in the air, force-feeding it alcohol and kissing it. Another photo, withheld by media outlets in the Bloomsburg area, showed the opossum had been thrown in a trash can.

Bloomsburg University released a pair of statements this week condemning the behavior seen in the photos.

The university told WNEP it had received multiple calls from people outraged by the images.

On Twitter, some expressed hope that the student and others seen in the photos face repercussions.

@BloomsburgU hoping the students get expelled for abusing the opossum!

Investigators with the Game Commission said their case will focus on possible charges for possession and harassment of wildlife rather than animal cruelty.