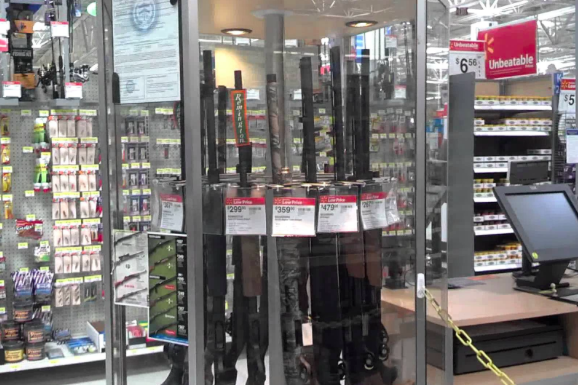 The families of three victims who were brutally murdered in Easton and Allentown last July have filed a wrongful death lawsuit against retail giant Walmart claiming the store negligently sold bullets to an intoxicated customer who then gave them to the eventual shooter after exiting the store.

The lawsuit filed in Philadelphia centers around the case of Robert Jourdain, who entered a Walmart in Lower Nazareth Township at 2:56 a.m. on July 5 and purchased a box of .38 caliber bullets, which were later used by Todd West to kill three victims in the Lehigh Valley, according to NBC News.

The families of the victims claim that Jourdain, who was 20 at the time, was never asked to provide identification to Walmart employees, who would have found he was below the legal age of 21 to purchase the ammunition.

"At no time did the Wal-Mart defendants ... require that Robert Jourdain present appropriate and valid identification," the lawsuit says. "Nor did the defendants take any precautions to determine whether Mr. Jourdain was intoxicated."

Fifteen minutes after receiving the bullets from Jourdain, West fatally shot 22-year-old Kory Ketrow in Easton in a random attack. The pair then drove to Allentown, where West killed 32-year-old Francine Ramos and 21-year-old Trevor Gray, both of whom were also strangers.

Walmart could be held liable for compensatory and punitive damages following a ruling last October in a similar case out of Milwaukee, Wisc., where an 18-year-old man paid an accomplice to purchase bullets that were later used to seriously injure two police officers. The resolution of that case could increasingly affect the degree of protection gun and ammunition sellers have under the federal Protection of Lawful Commerce in Arms Act.

Randy Hargrove, a spokesperson for Walmart, said that the company's cash registers have built-in age verification reminders that should have prompted the Pennsylvania employees to check Jourdain's identification. Hargrove added the company may argue in court that since the bullets Jourdain purchased can be used in both rifles and handguns, the minimum age requirement of 18 for purchasing rifle ammunition should shield the company from liability.

According to Lehigh Valley Live, police say Todd West went on to kill another four people in New Jersey. West, Jourdain and Kareem Mitchell, who drove Jourdain to the Walmart, are due in court for a status conference on January 11, officials said.