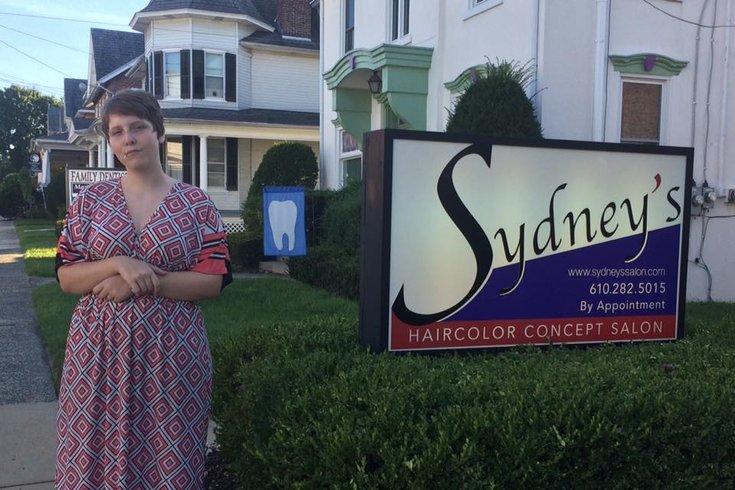 Sigourney Coyle, a freshman at Emmaus High School, said that being forced to change with transgender students violates her rights.

An Eastern Pennsylvania high school student argued at a school board meeting Monday that a directive from the Obama administration regarding her transgender colleagues violates her rights.

Sigourney Coyle, an incoming freshman at Emmaus High School, said during the East Penn School District meeting that being forced to change along with transgender students was discriminatory.

Coyle was referring to a letter sent from the Justice Department to schools across the country in May. The letter contains several directives, including one that says transgender students must be able to use the sex-segregated bathroom, locker room and shower facility that corresponds with their gender identity.

The directive has already been blocked by a federal judge in Texas, and the Supreme Court ruled earlier this month that a Virginia school board could bar a transgender male student from using the boys restroom.

"Gym requires for us to participate to pass high school, and if I don't change I'm not allowed to participate," Coyle told the board.

"So my options are let myself be discriminated against, or fail gym for not participating."

She tried to stress that her issue was not with her transgender colleagues.

"I also feel nothing against transgenders (sic), I know some and I don't have anything wrong with them, I would just not like for their rights to overrule my own," Coyle said.

Coyle's mother, Aryn Coyle, posted a video of her daughter's testimony to the board on Facebook. It has since garnered more than 10,000 views and has been picked up by BuzzFeed and can be viewed below.

Sigourney Coyle told The Morning Call changing in front of someone who is "biologically male" violates her religious beliefs.

Her mother added that transgender students "do deserve some sort of accommodation," but said that shouldn't infringe on another student's rights.

Superintendent Michael Schilder told the newspaper there was no apparent need to change policies and that the district was in compliance with the federal directive.

Aryn Coyle did say on Facebook that the school had allowed her daughter to take gym class over the summer.

"This protects her from possible exposure to a biologically male student in the locker room, and will give the Supreme Courts another year to figure out what is and is not law, and how best to enforce it," Coyle wrote.