Service change begins this week; there will be minor additional schedule changes starting this weekend 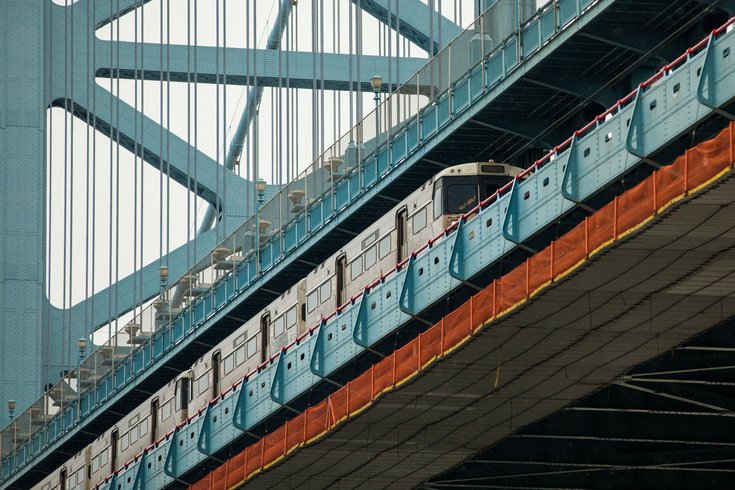 A Philadelphia-bound PATCO train on the Benjamin Franklin Bridge.

Saturdays should be smoother running for PATCO commuters between South Jersey and Philadelphia.

Beginning April 9, trains will run every 20 minutes, rather than the 25-minute departure schedule PATCO operated during major track repair work, which wrapped up in February.

The upshot is one extra train per hour on Saturdays, according to John D. Rink, general manager of the train line that connects Philadelphia and South Jersey, crossing the Delaware River via the Ben Franklin Bridge.

But there are also tweaks to the entire schedule, which can be found here.

Weekday intervals remain as they were with trains arriving at as frequently as every four minutes during peak periods and every 12 minutes at midday.

The service change comes after PATCO’s parent, the Delaware River Port Authority, completed an 18-month, $103 million project on the tracks running along the Benjamin Franklin Bridge

A $13.9 million, 30-month-long project to replace tracks in both directions at the Westmont PATCO station in Haddon Township, New Jersey, is pending.

A new schedule for SEPTA's regional rail lines, which connects with PATCO, goes into effect Sunday.