Pederson: Nelson Agholor not benched yet, but still could be benched 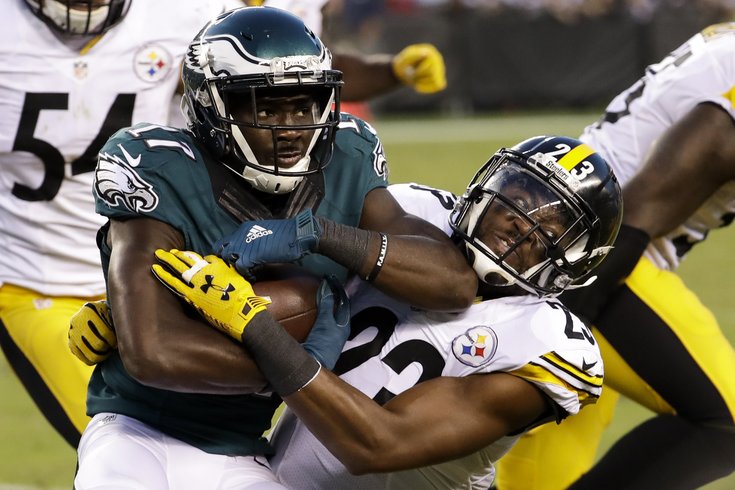 Embattled Philadelphia Eagles wide receiver Nelson Agholor might be benched Week 12 against the Green Bay Packers on Monday Night Football. Also, he might not be, according to Doug Pederson.

"I have not made a decision yet," Pederson told reporters Wednesday morning. "We brought Paul Turner up. I just have to wait and see by the end of the week how the numbers fall out, so if I can carry five (receivers), I’ll carry five, if it’s four, it’s four, so we’ll see when we get to the game."

When asked what he needs to see for Agholor to play, Pederson noted that Agholor has to get his head straight.

"I just have to see from his standpoint how he handles this week," he said. "This will be a big week for him. How he handles it mentally, how he reacts with his teammates, how he reacts on the practice field with the things that have sort of fallen in his lap. So it’s just how well he responds, and can he handle a little adversity in his career. I know exactly where he is, because I sat there a few years ago, as a quarterback. I know what he’s going through. I know what he’s thinking, so I can relate to him."

Clearly, Pederson and the coaching staff are well aware of how bad Agholor is playing, but Pederson tried to soften how bad he has been.

"I think a lot of the pressure is outside, more than internal, quite honestly," Pederson said. "I think that's where the pressure stems. People put expectations on players and I think some of it might be warranted, some of it is not. I think it's a matter of, he's in a new scheme change, he's learning some new techniques, learning some new plays, and I think sometimes that's where a lot of the pressure is added is external. I still have confidence in him, and obviously, we'll see as the week goes."

The "new scheme change" excuse is fine and good, however, all the rest of the players on offense seem to know what they're doing. At a minimum, at least getting lined up correctly.