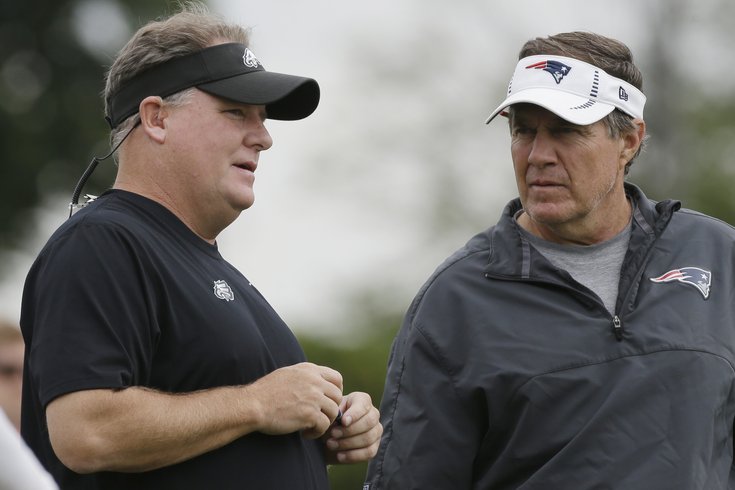 Each year, with the exception of the 2013 Ravens (who ran into some scheduling conflicts with the Orioles), the reigning Super Bowl winner has hosted the Thursday night NFL kickoff game against another marquee opponent. As Chris Chase of For the Win pointed out, the only two teams worth putting in that spot to face the Patriots in 2015 are the Steelers and Eagles.

Here's a history of the Thursday night kickoff game: 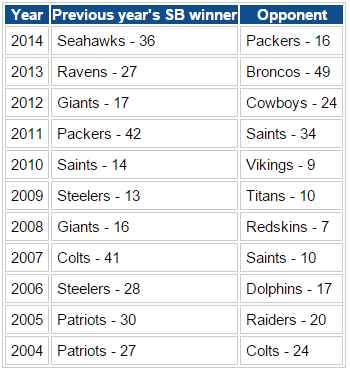 In the 2015 season, the Patriots will face the following teams at home:

Let's look at them all individually:

The Patriots and Jets have always had a lot of prime time games, but much of that was because Rex Ryan was always a good story line. With Rex gone, the Jets are still a big market team, but is the NFL really kicking off the season with that garbage offense?

Rex ended up in Buffalo, but who cares? The Bills haven't been to the playoffs since 1999, or 15 years, which is the longest current streak in the NFL.

Really, you can probably just omit the AFC East in its entirety. The Pats have won the AFC East six consecutive years, and 11 of the last 12. Are there really any rivalries there, or just complete domination over a division by one team?

Not sure the NFL wants racism to be the theme of their kickoff game.

This is the only serious contender with the Eagles for the NFL kickoff game. The Steelers have a rabid fan base that "travels well" with their "Terrible Towels," but their popularity doesn't translate to a national TV audience. In 2014, the highest rated Steelers game ranked 35th in terms of viewing audience. Here were their top five ratings grabbers, via TV by the numbers:

The Eagles, by comparison, cracked the top 20 a whopping five times, including the #1 overall rated game of the season:

The Eagles didn't make the playoffs in 2014, but they're an exciting team that scores a lot, and gives up a lot of points. Think the NFL likes that? The Eagles will be in Foxboro Thursday night Week 1 of the 2015 season. Book it.