Chocolate Thunder's son is headed to Happy Valley in 2020 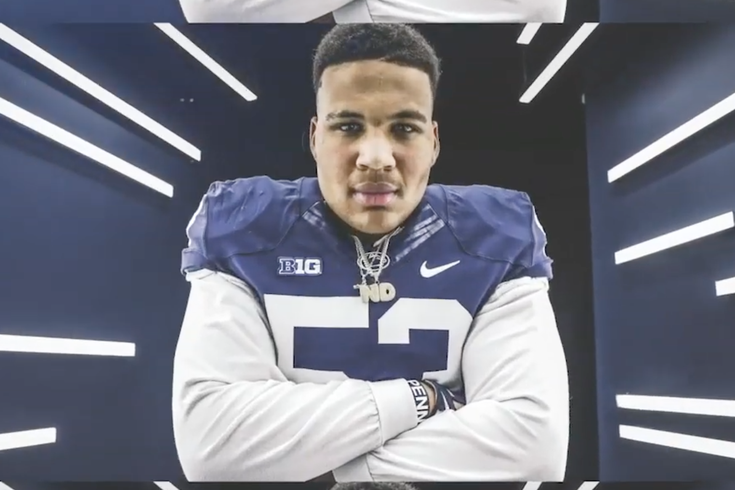 Dawkins, who attended Parkland High School in Allentown, plans to enroll at Penn State in January, according to Penn State sports blog Roar Lions Roar. He made a verbal commitment earlier this year.

That's an extremely large teenager. For reference, Isaac Seumalo, who is 26 years old and has started 29 games for the Eagles, measures 6 feet, 4 inches, and weighs 303 pounds. (Dawkins' father, of course, stood 6 feet, 11 inches, and weighed 251 pounds during his playing career.)

According to 24/7 Sports' recruitment tracker, Penn State has the nation's 12th-ranked 2020 recruiting class.

Darryl Dawkins played 448 games for the Sixers over seven seasons, averaging 11.2 points per game and 6.7 rebounds per game on 57.2% shooting. He died from a heart attack in August 2015 in Allentown.