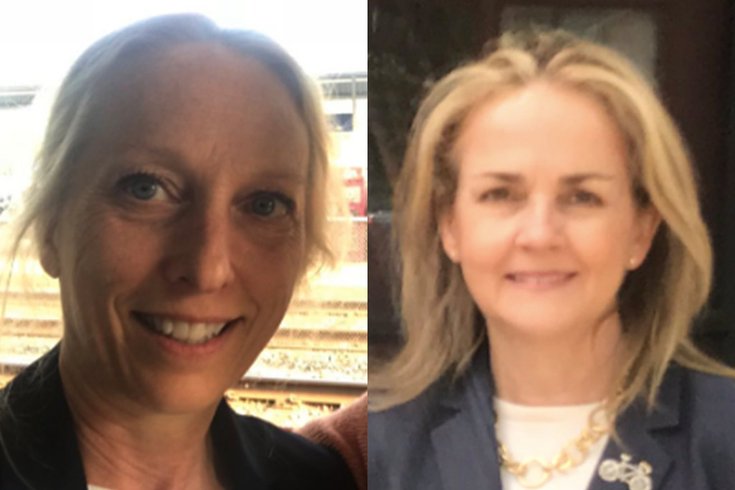 A number of changes are coming to Southeastern Pennsylvania's congressional representation. And Tuesday's primary election offered a glimpse into the possibilities.

A trio of open seats prompted a plethora of candidates to enter the congressional races. And women walked away winners in the most heavily-anticipated races.

Mary Gay Scanlon came out on top in the Democratic primary for the 5th Congressional District, a hotly-contested race that featured 10 candidates.

Thanks to a trio of open seats, including the 4th and 5th districts, Southeastern Pennsylvania's congressional delegation will have a new look come 2019.

U.S. Reps. Pat Meehan, Ryan Costello and Bob Brady are not seeking re-election, which prompted a plethora of candidates – particularly in the 5th Congressional District.

And with the Pennsylvania Supreme Court redrawing district lines, many incumbent candidates found themselves seeking re-election in new areas.

Tuesday's primary whittled down the candidates.

Here's how specific races turned out:

Incumbent U.S. Rep. Brian Fitzpatrick held off attorney Dean Malik in the Republican primary for the new First Congressional District, which encompasses all of Bucks County and small portion of Montgomery County that includes Hatfield and Lansdale.

Fitzpatrick, a former Special Assistant U.S. Attorney and FBI supervisory special agent in California, first won the seat in 2016, taking it over from his brother, Mike, who retired after four terms.

Rachel Reddick, a mother who formerly prosecuted sexual assault cases in the U.S. Navy, gained 35.4 percent and Steve Bacher, who worked for 30 years in the higher education, nonprofit and government sectors, gained 8.2 percent.

Boyle received 64.4 percent of the vote, according to unofficial elections results released by the city commissioners. Lawrence, the CEO of self-empowerment business and a former banking industry executive, gained 35.5 percent.

Boyle, who is seeking his third term in Congress, will face Republican David Torres in the general election.

Evans had gained 80.6 percent of the vote with 97 percent of precincts reporting, according to unofficial results released by the city commissioners.

Evans is seeking his third term in Congress. He will face Republican Bryan Leib in the general election.

Leib, of Center City, ran unopposed in the GOP primary.

Three Democrats with name recognition sought the party's nomination in the 4th Congressional District, which now includes all of Montgomery County (except for a small sliver in Lansdale/Hatfield and a part of the Main Line) and a small part of eastern Berks County.

But state Rep. Madeleine Dean, ran away with the vote. Dean, who co-founded the gun violence prevention caucus, PA SAFE, had gained 73.8 percent of vote, according to unofficial results released by the Department of State.

On the Republican side, Dan David ran unopposed. He is a business executive and entrepreneur, and co-founder of GeoInvesting, an equities markets research firm.

It was a free-for-all in the 5th Congressional District, where 10 Democrats sought the nomination in a reconfigured district that includes all of Delaware County and parts of South Philadelphia and Southwest Philadelphia.

Mary Gay Scanlon, a child advocate, former attorney for the Education Law Center of Pennsylvania and national pro bono counsel at the Ballard Spahr law firmcame, come out on top.

Scanlon took home 28.4 percent of the vote, according to unofficial results released by the Department of State.

The candidates in the 6th Congressional District ran unopposed.

Republican Greg McCauley, is a businessman who operated Wendy's restaurants with his family and was on the Quigley Corp. team that made Cold-EEZE a national-brand.

Democrat Chrissy Houlahan is a U.S. Air Force Reserve captain and former chief operating officer of the AND1 Basketball apparel and footwear brand.

Republican incumbent U.S. Rep. Ryan Costello withdrew from the race after the new districts were announced.

The redrawn district now includes all of Chester County and a portion of Berks County, including the city of Reading.