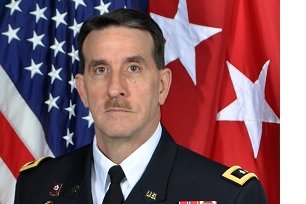 A top Pennsylvania official has announced he is leaving his post, nearly two months after he was abruptly placed on leave and subsequently the subject of anonymous allegations.

Gov. Tom Wolf said in a statement Friday he had accepted the resignation of James Joseph as adjutant general of the Pennsylvania National Guard.

Currently filling the position is Deputy Brigadier General Anthony J. Carrelli, who was made acting adjunct general when Joseph was put on leave in January.

The statement did not say why Joseph had decided to step down and Wolf's office was not immediately available for comment Saturday morning.

After the governor announced Joseph's absence without reason, several media outlets reported the existence of an anonymous letter sent to state lawmakers that raised "concerns," as PennLive put it, about the general.

The public radio station WITF reported the letter alleged sexual harassment and called for an investigation of Joseph.

According to Philly.com, Wolf spokesperson Jeff Sheridan would not comment on or confirm the existence of the letter Friday.

During his almost two month-long leave, Joseph continued to collect his $137,392-a-year salary, according to reports.