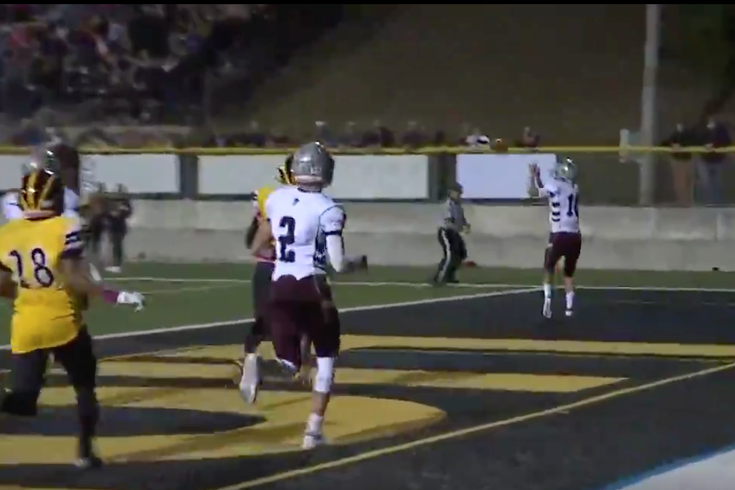 The Eagles' fabled Philly Special has been run by a number of teams, big and small, since Doug Pederson stunned the world in Super Bowl LII. But I can't remember seeing a mirrored version of the play, until Friday night.

It worked perfectly, including a fake-out audible at the line that would put a smile on Nick Foles' face:

Here's another, slightly more centered angle from the end zone:

That's some beautiful execution. I also like that, in Philly Special fashion, New Oxford called the play right before the end of the half. The only way to improve it would be going for two, in true Doug Pederson fashion.

Other teams running the Philly Special is such a fun phenomenon. The Eagles winning the Super Bowl was momentous on its own, but the fact that Pederson and the team managed to leave an indelible mark on football play calling makes it even more satisfying.