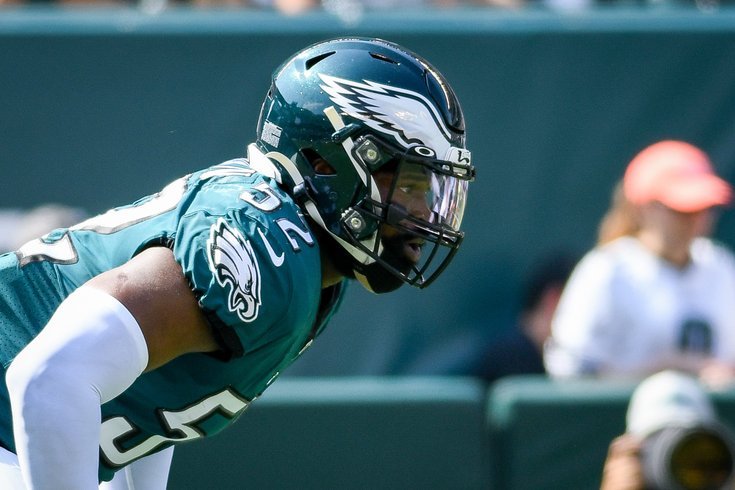 Eagles linebacker Zach Brown played with Vikings quarterback Kirk Cousins when the two were teammates in Washington. Brown thinks the Eagles' best bet on Sunday is to force Cousins to throw the ball by shutting down the run.

Philadelphia Eagles linebacker Zach Brown, a newcomer in 2019, does not have kind words for former teammate Kirk Cousins heading into Sunday's matchup against the Minnesota Vikings.

Brown and Cousins spent several seasons together in Washington, reaching the playoffs once with a 9-7 record in 2015. Cousins has been above average against lesser competition, but has not lived up to his billing after signing a lucrative deal in Minnesota before last season.

In an interview with ESPN's Tim McManus, Brown was ruthless in his assessment of Cousins.

Here is Zach Brown and his comments about Kirk Cousins. If this doesn’t bring out the “You Like That” Kirk... then nothing will. #Vikings pic.twitter.com/33BH1JbbVE

"Cousins, I think every defense is going to want that guy to throw the ball," Brown said. "For me, that's probably the weakest part of their offense is him. Everything else is good."

Cousins has been under the microscope during the early part of the season for failing to establish consistent chemistry with standout wide receivers Adam Thielen and Stefon Diggs. He was roasted for apologizing to Thielen after a loss to the Bears in which he missed several deep ball opportunities.

Against the Eagles, however, Cousins has a 5-3 career record and has been a thorn in Philadelphia's side. He and his two primary targets had a field day against the Eagles in 2018, amassing more than 200 yards in a 23-21 victory.

Brown is the kind of player who thrives off trash talk ahead of games, or at least he thinks he does. While in Washington, he called out Lane Johnson for past PED suspensions when Johnson guaranteed an opening day victory in 2017. The Eagles won 30-17 and went on to win the Super Bowl. The two have since buried the hatchet.

This Sunday's game between a pair of 3-2 teams could have big implications for the NFC playoff picture later in the season. While Brown believes Cousins is the weak link, he realizes that the only way to exploit that is to contain Dalvin Cook.

"First we have to stop the run, and then make (Cousins) frustrated back there," Brown said. "Our main concern is stopping the run because if they can run the ball, they're going to win."

Let's hope the Eagles defense doesn't end up eating Brown's words. No one wants to hear Cousins telling Philadelphia we like that. Or worse, this.