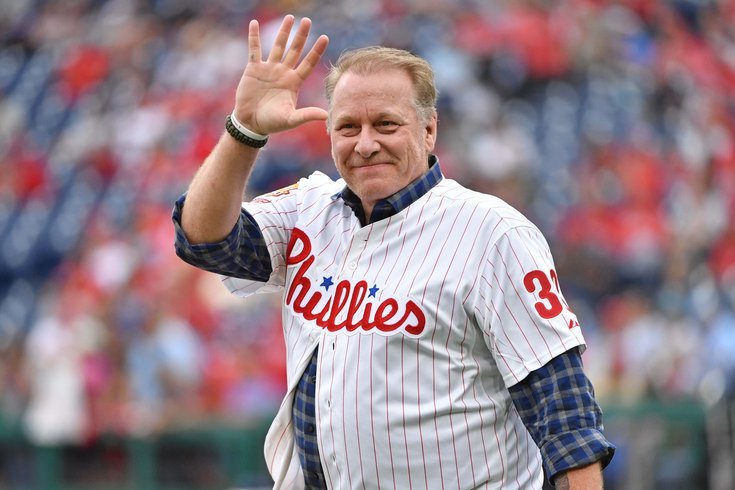 Now that the Phillies have relieved Gabe Kapler of his managerial duties, the search for a replacement may drag out in much the same way as last winter's Bryce Harper sweepstakes.

While names like Joe Madden, Buck Showalter and Joe Girardi have been at the top of the stack for teams with managing vacancies, one former Phillie is apparently throwing his name into the ring, too.

Schilling pitched for the Phillies in 1993 when they won the National League title but lost the World Series to the Toronto Blue Jays. He later won three World Series championships between the Diamondbacks and Red Sox, but Schilling has zero coaching or managing experience under his belt.

In recent years, Schilling has made headlines more frequently for his political provocations on social media than for his baseball legacy. He was fired from ESPN in 2015 for sharing an anti-transgender meme and later resurfaced with a show on Breitbart Radio. He's also been maligned for the failure of 38 Studios, a video game venture that went bankrupt in Rhode Island in 2012.

In 2018, Schilling hinted that he wished he could have been Gabe Kapler's pitching coach, calling the job one of the few in the majors he would have considered taking.

Despite his place on the Phillies Wall of Fame, it's doubtful that ownership would ever risk such an important decision on another inexperienced manager, much less a man whose predilections outside of baseball have frequently gotten him in trouble.

Schilling may end up being a coach some day, but it's fairly obvious that 2019 in Philadelphia is not the time or the place for it.