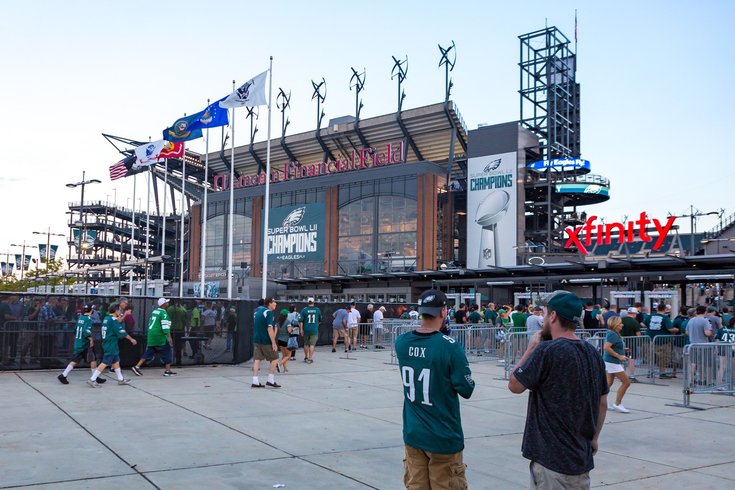 Patrick Pearson, a Cowboys fan, claimed the Eagles failed to adequately protect him from assault at a 2014 game.

A Pennsylvania appeals court overturned a ruling Friday that would have awarded $700,000 in damages to a Dallas Cowboys fan who was assaulted at an Eagles game at Lincoln Financial Field in December 2014.

Patrick Pearson, the Cowboys fan, won a trial last May and was awarded the damages after he sued the Philadelphia Eagles and their security team for negligence, claiming they failed adequately protecting him at the game.

Pearson claimed he was assaulted by more than one Eagles fan after exchanging verbal jabs and after a man threw his Cowboys hat into a urinal. Pearson said he told a group of Eagles fans to "get a ring," which is when the man lunged at Pearson, according to an eyewitness.

There was a scuffle on the ground, and Pearson suffered injuries that required two surgeries, including inserting two rods and 10 pins in his leg, according to PennLive.

Pearson argued the Eagles, and stadium security, didn't sufficiently protect him by failing to man the bathroom and the immediate vicinity with security workers.

But Judge Mary P. Murray's Superior Court ruling Friday overturned Pearson's award and sided with the Eagles, who argued that incidents in the bathrooms are too rare to justify stationing personnel there, according to PennLive.

Murray cited a report on violent assaults and fights in NFL stadium bathrooms, and ruled the the Eagles "did not act unreasonably" by not placing security employees in, or directly outside, the bathrooms.

Pearson also argued that, because he was wearing a Troy Aikman jersey, security should have been on higher alert around the stadium during the game. Murray disagreed, pointing out that the Eagles had undercover security guards, dressed in Cowboys gear, patrolling the stadium.

Pearson has the option to appeal Friday's ruling to Pennsylvania Supreme Court.