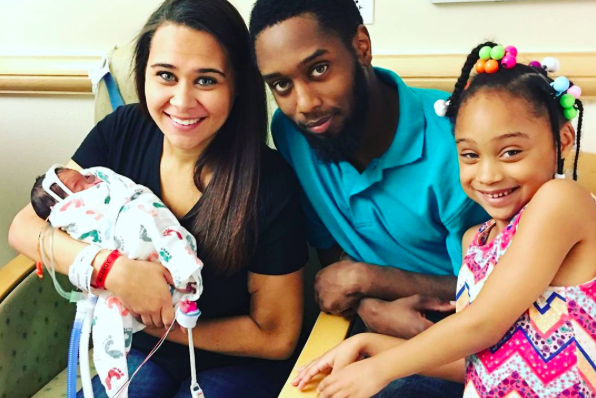 Raelin Scurry, of Morningside, Pa., gives birth to a baby boy inside his amniotic sac.

A Pennsylvania mother is drawing attention from around the world after she posted a photo of her newborn son moments after she delivered him in his amniotic sac.

The extremely rare occurrence took place outside Pittsburgh several weeks ago. Mother Raelin Scurry told CBS Pittsburgh she thought at first she was feeling false labor. When the sensation persisted, she woke her boyfriend to let him know she was having real contractions.

Scurry and her boyfriend, terrified, jumped into their car to head to a local hospital. WIthin minutes, E.J. Scurry was born inside his amniotic sac.

A medical researcher, Scurry had some concern about whether her newborn son would survive. When he pulled his hands and feet up in the sac, she was able to relax.

Two weeks later, E.J. remains on oxygen but is doing well. Scurry has reportedly been contacted by media outlets around the world and a national morning TV show.