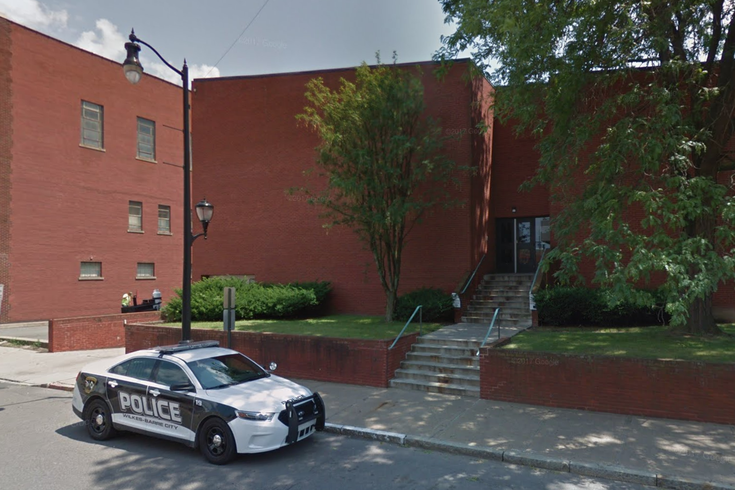 A Wilkes-Barre Police Department car outside the police department's headquarters.

A Wilkes-Barre police officer was arrested by state police Tuesday and accused of allegedly sexually assaulting four different women while he was on duty.

Collins has been suspended from his job, according to the Wilkes-Barre police chief.

Four women between the ages of 25 and 36 brought sexual assault allegations against Collins to the Pennsylvania State Police Bureau of Criminal Investigation. The alleged assaults took place between August 2013 and December 2014, according to the Citizens Voice.

One woman described Collins allegedly had requested oral sex numerous times, before finding a needle on her during a traffic stop and then allegedly forcing her to perform oral sex on him to avoid being arrested.

Another woman said Collins stopped her on the street, allegedly found cocaine and cash on her, then drove her to a secluded area, where he allegedly demanded oral sex.

“The perpetrator is a public official,” Shapiro said, “someone who the community entrusted to protect them. My office will prosecute sexual assault offenders to the fullest extent of the law, no matter who they are. As attorney general, I will not allow any person in power to abuse their position — without fear or favor.”