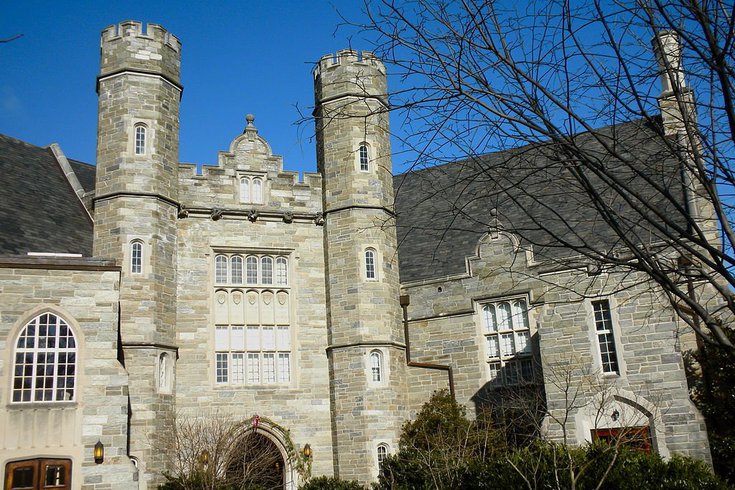 The Pennsylvania State System of Higher Education is requesting an increase in state funding to support the 10 universities it oversees throughout the state. The governing board is asking for more than $100 million in funding. Pictured above is West Chester University.

Officials overseeing Pennsylvania's state colleges are requesting an increase in state funding as part of a larger effort to continue a four-year tuition freeze and improve graduation rates for students in high-demand fields.

The number of new students at 10 universities within the Pennsylvania State System of Higher Education has increased for the first time in 12 years, for a gain of about 1,000 first-year students. State education officials point to the State System's decision to freeze undergraduate tuition as a possible reason for the enrollment growth.

On Thursday, the State System's governing board voted unanimously to send a request to Harrisburg for an increase in funding. The organization is asking for a 3.8% increase, totaling $21 million. Following Pennsylvania's landmark investment of $75 million into the State System as part of its annual budget, this would bring the state's total investment to $573.5 million.

"This funding request would benefit all of our students by allowing the System to freeze tuition for an unprecedented fifth year," said Cynthia D. Shapira, chairwoman of the governing board. "At the same time, our state can strategically target investments to help students enroll, graduate, and enter jobs that have labor shortages and are vital to our communities."

If approved, State System Chancellor Daniel Greenstein told PennLive that it would be able to cap in-state tuition at $7,716 for the fifth year in a row. Each university has the ability to set a different rate with approval from the governing board. When the large increase to the state budget was approved, the State System said it would only ask for an inflationary increase going forward.

The State System is also asking the state for $112 million to support a plan to improve its graduation rates for students in high-demand fields, supporting industries that have experienced workforce shortages over the last several years. These fields, which include health care, education, engineering, social work, and computer science, all require some form of higher education or credentials.

Though 60% of jobs in Pennsylvania's workforce require some higher education, just 51% of the state's workers have advanced degrees or credentials. This talent gap, Greenstein said, requires an investment in enrolling and graduating students able to enter these fields.

"The State System is ready to meet the demands of our workforce," said Greenstein. "This proposal creates the path for students of all ages to get an affordable degree or credential to start jobs in high-demand fields, strengthen the workforce, and do the work that all of us need them to do."

In the next phase of its redesign, the State System is expanding to enroll and graduate non-traditional students in an effort to address Pennsylvania's workforce talent gap.

These include people ready for college but not considering enrollment, people with incomplete degrees, and working adults who need professional credentials to advance in their careers.