Despite the change, each college will retain their individual logos, mascots, and traditions 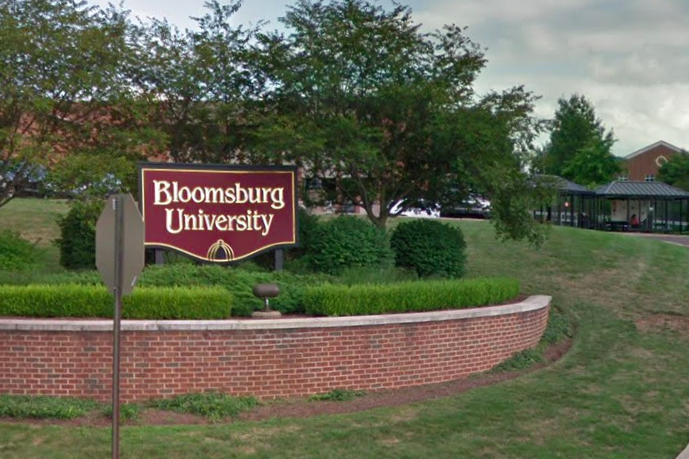 Bloomsburg University, pictured above, and Mansfield and Lock Haven universities will merge to become Commonwealth University, following a vote by the State Higher Education System Board of Governors on Wednesday. Each campus will retain its school logo.

Bloomsburg, Mansfield and Lock Haven universities in Northeastern Pennsylvania officially have been merged under the name Commonwealth University of Pennsylvania, but don't expect see the new moniker printed on hats and sweatshirts anytime soon.

The State System of Higher Education's Board of Governors approved the name unanimously on Wednesday. State education officials said input about the name was solicited from faculty, alumni and students at the schools.

The name will not be public-facing, said Bashar Hanna, president of Bloomsburg University and interim president of Lock Haven and Mansfield universities. Each college will keep its original name and logo for marketing and diploma purposes, but for official state purposes they will all be known as one entity.

"We are proud that each university's name will remain prominent across our campuses and in our ongoing outreach to families across the state as we showcase the power of our three universities through the breadth of educational experiences accessible to current and future students," Hanna said. "The continued engagement of our communities is shaping the future of our universities and enabling educational opportunities for generations to come."

The name change still needs approval from the Middle States Commission on Higher Education, an accrediting organization for colleges and universities. Students will be allowed to choose which of the three school's names to have printed on their diplomas upon graduation.

The merger is a cost-cutting move that follows several successive years of declining enrollments, and it will allow for the continuation of academic programs.

University officials said that the integration will help each individual school stand on more solid financial footing by operating as one legal entity, allowing students to appreciate expanded programming and boost enrollment.

University leadership is working with the NCAA through the spring to determine whether each campus can retain its individual athletic programs. Logos, colors, and mascots will not change, as a way to promote school spirit at each of the campuses.

Bloomsburg, Lock Haven, and Mansfield universities have honored the commitment to maintain each institution’s historic names and identities through integration.

"All three universities have long histories and important identities within their communities," Jamie Smith, president of the Association of Pennsylvania State College and University Faculties, told PennLive. "No matter what its name, each campus remains vital in its region."

Commonwealth University will admit its first combined class in the fall, with its full, updated curriculum to go into effect in 2024. Campuses will each have one president and leadership team, though Hanna will lead the school entity as a whole.

Students will attend classes across each campus, so online and hybrid learning will be common, Hanna told Penn Capital-Star. He added that he is proud of the "diversity of thought and opinion" that helped develop the plan to benefit as many students and school community members as possible.

"We will preserve the founding principles of each campus and continue to provide vibrant, on-campus student experiences while serving as pillars of our three communities," Hannah said. "The power of three will create a higher educational experience — the likes of which is not possible without integration."