Pennsylvania state rep: We need carbon dioxide because I like vegetables 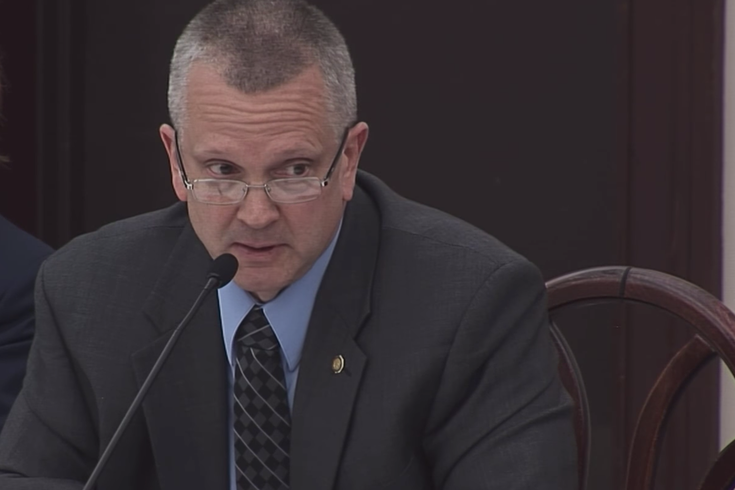 Pennsylvania state representative Daryl Metcalfe (R-12th) uploaded a video to his official Facebook page Friday in which he laid out an odd argument against curbing carbon dioxide (CO2) emissions.

“Just to be on record,” Metcalfe begins, “I enjoy my vegetables, and plants need CO2. So I want to make sure we still have plenty of CO2 out there so we have green grass and green vegetables growing.

“We need CO2. We can’t eliminate all CO2. So I think we’re going to have an interesting debate for those that want to reduce something that’s actually needed by our environment.”

But, for one, plants don’t need human-made CO2 emissions to survive.

Dr. Mike Gunson, a scientist at NASA who specializes in atmospheric chemistry, explained in 2013 how natural CO2 compares to human-made CO2:

"Without people, the concentration of CO2 in the atmosphere would be balancing between the amount released by respiration (i.e., animals and plants) or from warm ocean water, and the amount absorbed by plants (i.e., for photosynthesis and growth) or in colder ocean water," Gunson explained. "We disturb this balance when we burn fossil fuels and have steadily added to the atmospheric concentration. This increase has led to [climate change] from the equilibrium climate of pre-industrial times."

Moreover, elevated CO2 levels have actually been found to dilute nutrient levels in modern day vegetables, rather than benefit the crops.

"Elevated CO2 has been shown to drive down important minerals like calcium, potassium, zinc and iron," Politico wrote in 2017.

And, so far, no legislators on either side of the aisle have proposed measures “eliminating all CO2” from the planet’s atmosphere.

What have been proposed are measures to curb human-made CO2 emissions in order to slow down climate change.

Gov. Tom Wolf’s executive order last month, for example, is aimed at reducing greenhouse gas emissions by 26 percent over the next eight years.