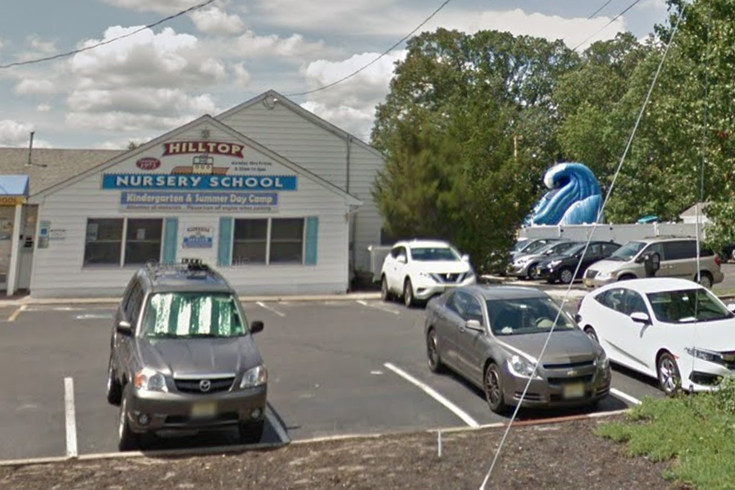 A view of Hilltop Nursery School from Route 37 in Manchester Township, New Jersey, where a teacher was fired after alleged slapping a 2-year-old.

A daycare in Ocean County, New Jersey, reportedly fired a teacher Friday, one day after she allegedly was seen slapping a 2-year-old in the face in a school room.

A Facebook post from Amanda Goldfarb, a parent of a child being dropped off for his first day at Hilltop Nursery, who described seeing the incident with the teacher, went viral on Thursday.

The daycare is located in Manchester Township, located just east of Tom's River.

Goldfarb said in her post that she observed the teacher, identified as “Miss Linda”, yell at a young girl and then slap her in the face.

“As parents,” Goldfarb wrote, “we trust preschool teachers with the most important people in our lives. I left the school in tears thinking that could have been my child that was getting hit and I would have had no idea.”

Goldfarb said she called the New Jersey Child Abuse hotline, and then called the nursery school to report the incident.

Hilltop sent a letter to parents on Friday, according to Jersey Shore Online, confirming they were aware of the allegations and informing parents the teacher in question had been “dismissed”.

Goldfarb also said she’d been contacted by a Manchester Township Police Department detective about the incident, and she gave a statement.