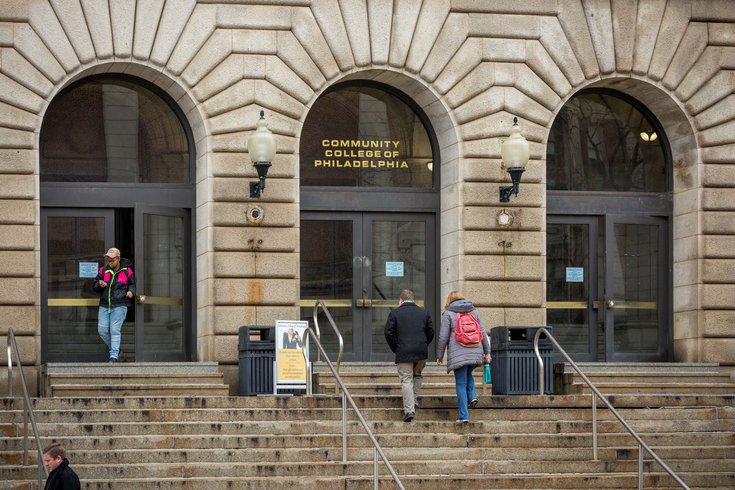 The Community College of Philadelphia.

Pennsylvania has the worst community college system in the country, according to a new report released by WalletHub.

The report analyzed the systems of 42 states based on both individual community colleges, as well as metrics like cost and financing, career outcomes, and education outcomes.

Community College of Philadelphia's score was hurt by it ranking 702nd in WalletHub's cost and financing analysis. In the education and career outcomes categories, CCP had average scores.

A more detailed breakdown of each state's community college system found that in Pennsylvania, community colleges in Butler, Luzner, Beaver, Delaware, and Bucks counties were the top five ranked in the state.

New Jersey's community college system fared better in WalletHub's rankings, finishing among the top third of states at No. 11 – just behind Tennessee at No. 10 and ahead of Mississippi at No. 12. Raritan Valley Community College in Somerset County in North Jersey was the highest ranked school in the state, placing 20th nationwide. Burlington County College was the best community college in South Jersey, finishing 24th in the U.S. overall.

Delaware was not included in the survey along with seven other states.