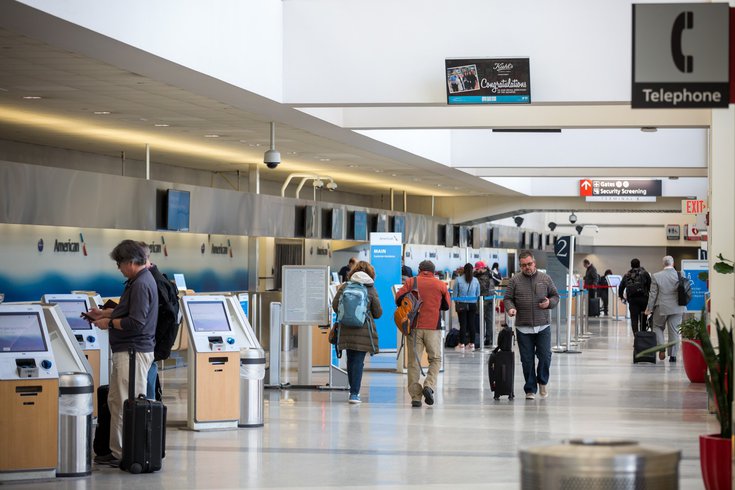 Three airline workers based at Philadelphia International Airport in 2017 and 2018 were indicted for their alleged roles in a skimming scheme that defrauded the unnamed airline of $283,000.

Three airline workers at the Philadelphia International Airport have been indicted for allegedly skimming $283,000 from the price of flight upgrades.

Taylor Thompson, 27, Tiana Fairfax, 29, and Theodore Robinson, 29, recruited customers to book inexpensive flights that they did not intend to use, U.S. prosecutors said Tuesday. They then allegedly used a supervisor access code to upgrade those customers to more expensive flights. But instead of charging the customers the full amounts, they allegedly made them pay smaller fees and pocketed the money.

Thompson, of Philadelphia, had a special access code that allowed her to make changes in the airline's flight reservation system without needing to charge customers the added costs associated with reservation upgrades, according to the indictment. Though uncommon, the fees for upgraded flights can be waived due to extenuating circumstances like a death in the passenger's family.

The indictment says the trio worked for an airline based in Miramar, Florida, where Spirit Airlines is headquartered. But a spokesperson for the U.S. Attorney's Office said she could not divulge the airline because it was not named within the indictment.

The trio allegedly modified more than 1,700 flight reservations without compensating the airline for the increased prices between December 2017 and August 2018. They were assisted by two co-schemers who were not named in the indictment.

In March 2018, Thompson allegedly approached one of the co-schemers about participating in the skimming operation. She asked for the employee's CashApp account to receive payments directly from customers, the indictment says. When Thompson was let go from the airline in 2018, the second co-schemer was approached to join the operation because the employee also had a supervisory access code.

Thompson, Fairfax and Robinson each are facing seven counts of wire fraud.

"As alleged, these defendants used access and privileges granted by virtue of their employment to cheat the airline reservation system and skim money off the top for themselves," said U.S. Attorney Jacqueline C. Romero. "We will continue to work with our law enforcement partners to investigate and prosecute fraud schemes wherever they occur."