Philadelphia Ballet brings 'Nutcracker' performance back after year off in 2020 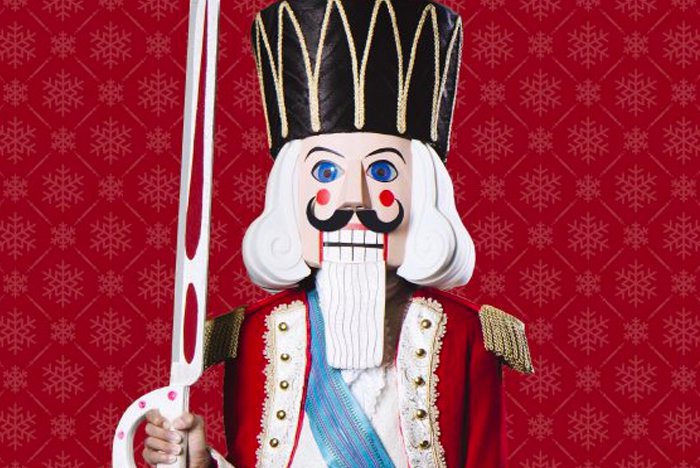 The Nutcracker, a hallowed holiday ballet and annual tradition for many, is returning to the Academy of Music tonight courtesy of the Philadelphia Ballet.

"The Nutcracker," a hallowed holiday ballet and annual tradition for many, is returning to the Academy of Music tonight, courtesy of the Philadelphia Ballet.

There will be at least one show a day through the rest of the year. Although Friday night's premiere is sold out, tickets for the ballet's performances through Dec. 31 are available for as little as $25.

Most of the roughly two-hour shows will begin at 5 or 7 p.m. There will also be a number of afternoon matinees, including a "sensory friendly performance" on Monday, Dec. 27 at noon.

The Philadelphia Ballet, which rebranded from the Pennsylvania Ballet earlier this year, has been putting the show on every year since 1968, but had to cancel in 2020 due to the COVID-19 pandemic.

Everyone 12 or older planning to attend the event must provide proof of full vaccination to enter. Masks will also be required.

For many young dancers, "the Nutcracker" is an important entry point to the world of ballet, said Angel Corella, the production's artistic director. He added that many of the pros working on this production first performed as kids in various renditions of the show.

This is because many parents bring their kids to see "the Nutcracker" as a holiday tradition, but also because the script has many roles for child dancers.

"Performing as part of 'the Nutcracker' as a child, I was awestruck by the professional dancers who surrounded me," said Shelly Power, the troupe's executive director. "They became my idols and helped me dream big, envisioning a future with dance."

The first iteration of "the Nutcracker" was written in 1892 by a group of Russians, including composer Pyotr Ilyich Tchaikovsky and choreographers Marius Petipa and Lev Ivanov.

Although the show itself wasn't particularly successful, some of Tchaikovsky's compositions were and they became popular internationally.

In 1940 some of the music was featured in Disney's Fantasia, an influential animated film, and in 1944 American audiences were first exposed to "the Nutcracker" in its entirety when the San Francisco Ballet Company performed it on New Years Eve.

In the years that followed, smaller regional ballet troupes across the country began putting on their own versions of the show. Today, it's an immutable part of the American winter holiday tradition.

The Philadelphia Ballet is about more than just "the Nutcracker." Four more runs are scheduled for the first half of 2020 including a rendition of Tchaikovsky's Swan Lake in February and Bold, Brilliant, Balanchine in March.