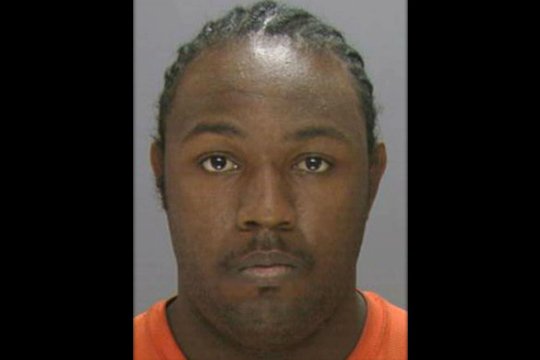 A former coach of a Philadelphia youth football team was sentenced to more than 100 years in prison Friday for using his position to sexually abuse children, District Attorney Seth Williams announced Friday.

According to prosecutors, 26-year-old Leon Watson received a prison sentence of 114–228 years for the abuse of five children and one developmentally delayed adult.

Watson was the creator of a North Philadelphia football team called the "Little Vicks," which prosecutors say was a cover-up for his intentions as a predator.

“When Leon Watson created Little Vicks, his [North] Philadelphia youth football team, and recruited children from the neighborhood, he was not trying to be a mentor and a coach," Williams said in a news release. "He was creating a scheme to become a sexual predator.”

Authorities say an anonymous tip led officials to Watson's home where the coach told them only two children, aged 14 and 10, were staying there, asking the children to lie about their names and ages.

A police search of the home found two other children, one 8-year-old and Watson's brother, 9, staying at the home.

Each child, as well as a developmentally delayed 21-year-old staying at the home, all reported being sexually abused by Watson for months, as well as being forced to beg for money outside Philadelphia sporting venues for up to 12 hours a day.

During the abuse, Watson would force the other boys to watch, the judge said.

The judge addressed two of the victims in court directly during the sentencing, telling them the abuse "does not define your life."

According to the Philadelphia Inquirer, Watson's attorney claimed her defendant had been abused as a child, and asked for a window for rehabilitation:

"We're asking for a glimmer of hope that he can be rehabilitated and we look forward to showing, your honor, that he has been rehabilitated."

The judge was not moved, however, citing the victims' vulnerability and Watson taking advantage of their love of the sport to carry out the abuse.