Philly's I. Goldberg Army & Navy surplus store to close after 100 years in business 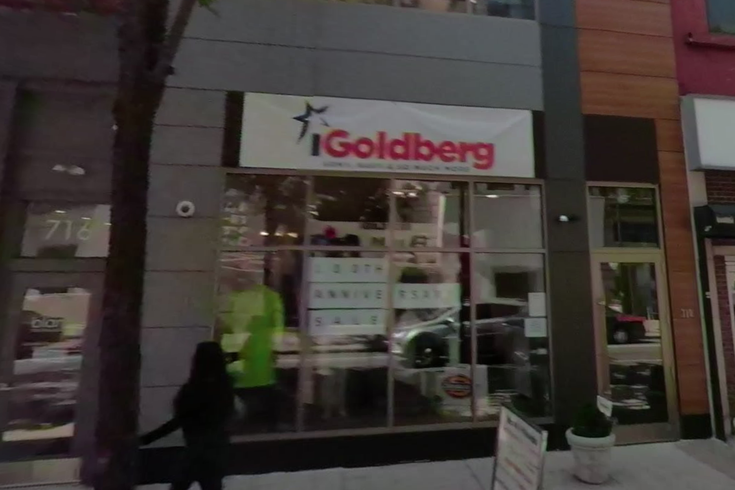 Center City's I Goldberg Army & Navy, the Philly staple which opened on Market Street back in 1919, is closing after a century of operation.

Center City's I. Goldberg Army & Navy, the Philly staple which opened on Market Street back in 1919, is closing after a century of operation.

The business announced the decision Tuesday afternoon in a message, posted to its Facebook page, to its patrons and fans:

"After 100 years in business we have made the difficult choice to close our business. This has been an emotional decision for us as we have shared so many years servicing the people of Philadelphia as well as the World.

"To our customers, we thank you for your loyalty and support throughout the years in making I Goldberg Army & Navy a successful family business which spanned three generations.

"We would also like to thank our loyal staff as well as all the employees we have had over these many years. Your hard work and effort have been the backbone of the business."

The business's closing seemed imminent last week, when it announced on Instagram that it was selling off a "vault" of back-logged tee-shirts.

The official last day for the business has yet to be announced.

I. Goldberg was originally a dry goods and clothing store in its first iteration, according to the UC Review. After World War II, its founder Isaac Goldberg added surplus goods to his business model. Goldberg's son, Charles Goldberg, moved I. Goldberg to 902 Chestnut St. in 1968, and also helped expand the business's scope.

The business eventually moved to up towards 13th Street, before Nana Goldberg, the family business's third-generation owner, moved once more in 2017, this time to 718 Chestnut Street.

Unsurprisingly, the announcement drew a number of heartbroken responses from longtime customers. One Facebook user thanked the owners for "not just good wares, but fond memories."