'Nap pods' to pop up in Midtown Village 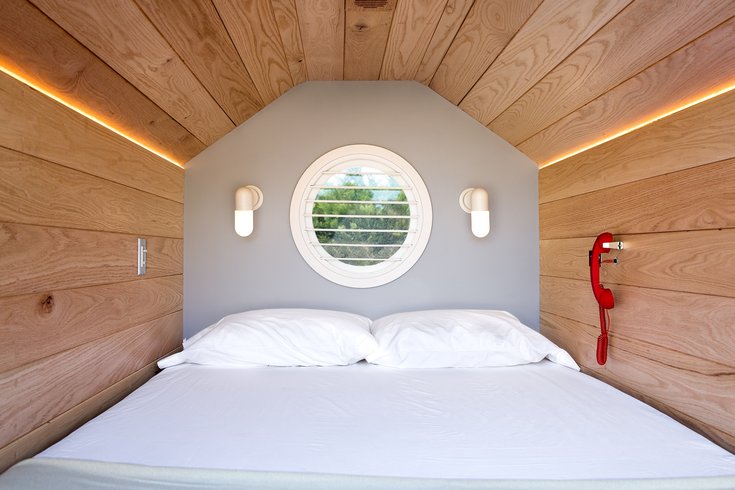 Suit up in your jammies, folks: "Nap pods" are coming to Center City -- if only for a limited time.

The nap-on-wheels tour, sponsored by New York-based mattress maker Casper Systems, will set up shop at 1314 Spruce St. this weekend as part of a two-month journey through seven cities in support of a "pro-sleep, pro-nap" lifestyle, while also marketing the company's mattresses.

The mission is to offer 15-minute (free) naps in an enclosed, 75-inch-long hexagonal space that contains a full-size mattress and a phone that -- wait for it -- reads bedtime stories.

"The nap tour is about putting sleep in the context of the unexpected," Casper co-founder Luke Sherwin told PhillyVoice. "Parking in a high-traffic area, it puts sleep in an interesting context, and that's part of the motivation behind it."

But it also highlights the other context where sleep might be unexpected: the workplace. Sherwin said surveys the company's research division conducted in each city leading up to the tour found Philadelphians were the least likely to report getting more than seven hours of sleep or more each night, and more than half said they would trade free coffee at work for allocated nap times. Twenty-three percent said they'd trade in vacation days for nap time.

On a larger scale, an oft-cited study from NASA on the power of a nap demonstrated that in-flight crew members - who, on average, napped for about 26 minutes - doubled their alertness on the job compared with crews who maintained wakefulness. Meanwhile, countless medical studies from sources like the Journal of Sleep Research and the University of California Berkeley have shown short naps improve mood and prime the brain for optimal learning.

Namni Goel, a research associate professor at Penn Medicine's Division of Sleep and Chronobiology, told PhillyVoice naps are helpful for staying productive past the mid-day slump, but the issue is not quite as black and white as taking a nap or not taking a nap.

But hourslong naps are where the benefits for productivity get a little fuzzy, mostly because of sleep inertia, that feeling of grogginess a person might experience after waking from a nap. That's because, Goel explained, people often take naps too early or late in the day (early in the morning, or after 5 p.m.), or nap too long. A two-hour rest, she added, might not be as restorative as a 25-minute one because the body has the opportunity to kick into a deeper state of sleep. 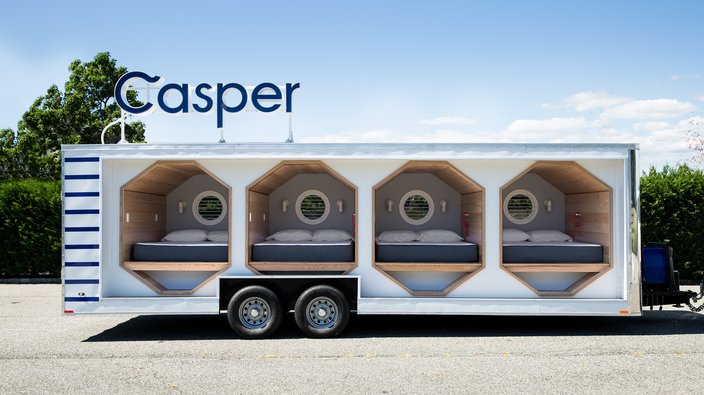 "And in terms of 'Is it better than caffeine?,' to a certain degree [caffeine and naps] both work very well, but a nap is better when you get to a certain buildup to your drive of sleep where caffeine doesn’t work anymore," Goel advised. "If you’ve been up two nights without sleep, caffeine won’t do it anymore and you need sleep.

"Caffeine is not a substitute for sleep."

The ideal scenario for productivity beyond mid-day, she said, is a 25-minute nap between noon and 2 p.m., followed by caffeine. It's important to note, though, that naps should be an occasional activity; napping every day, she emphasized, indicates significant sleep deprivation or a medical problem.

There are also stress-mitigating benefits to napping. A nap that lasts at least 30 minutes, she said, reduces inflammatory markers that indicate stress and improves immune system function. Reducing stress, by extension, may improve productivity at work.

Still, Goel acknowledged, the obvious problem at hand isn't that no one wants to nap. The ongoing challenge, rather, is to quell the stigma of mid-day naps in the workplace as "lazy."

But there is hope for change.

“My sense is that as sleep loss becomes more linked to health, diabetes, cancer, all these different clinical and medical disorders, there is going to be a move toward allowing people to sleep during the day – at work, wherever," Goel said, noting the emergence of desk beds and airport sleep pods.

"I do think we’re going to see more of that as it becomes increasingly clear people are not getting enough sleep and they need to find a way to get that or they’re going to have major medical consequences.”

Meanwhile, if you happen to stroll through Midtown Village during work or peter out after a stretch of Center City shopping, you can -- barring weather complications -- catch some shut-eye at one of Casper's pods from noon to 8 p.m.