Without the tax, revitalization efforts can't get off the ground, officials say. 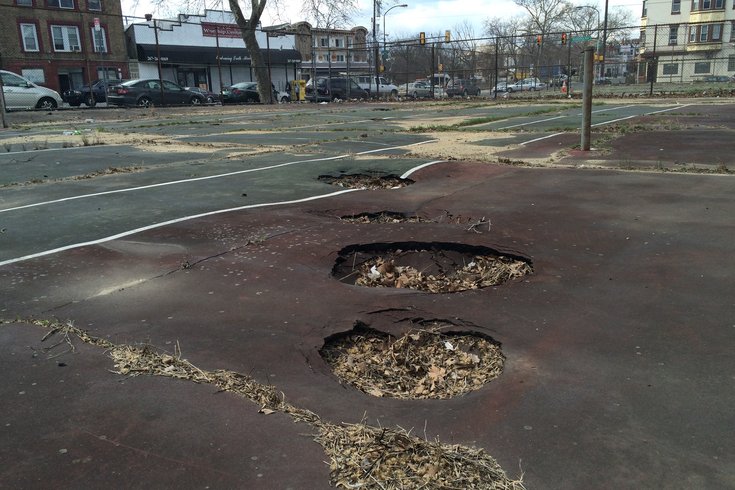 Philadelphia will have a huge amount of money to spend on its ailing parks, rec centers and libraries.

Or it will have nothing.

And City Council will decide.

If council passes Mayor Jim Kenney's proposed sugary drinks tax, the city could have as much as $600 million to spend on rebuilding and repairing infrastructure those facilities. The $95 million in annual revenue from the tax would enable the city to pay back a proposed $300 million bond issue for improvements at parks, rec centers and libraries.

The city's financial commitment then would open up doors to other anticipated funding: $150 million in philanthropic pledges, $50 million in federal funding and $50 million in “regional investment,” said city officials, who declined a request to provide specifics on the sources of all that additional funding.

But the pile of money disappears without the "soda tax," a three-cent per ounce tax on drinks with added sugar.

"The kids at McPherson Park do not know what it's like to play at a real park. I want to be able to go back to my little friends and tell them something will be done in the park." – Awilda Ocasio, Friends of McPherson Square

That puts the ball squarely in city council's court.

Rob Dubow, Philadelphia's director of finance, said Friday that everything hinges on it's decision.

"All of this ties together," he said.

"We can't go to the federal government and ask for funding for a project if we can't say we've got funding secured already," said Dubow. "We wouldn't be able to move ahead with these projects."

Even the planned $50 million in capital funding wouldn't be there if the sugary drinks tax isn't approved.

"We don’t have the resources elsewhere in our budget to pay for these initiatives," he said.

If approved, Dubow said that the bond issue wouldn't go through until next year, and would be likely be done through a municipal authority, but that hasn't yet been determined. 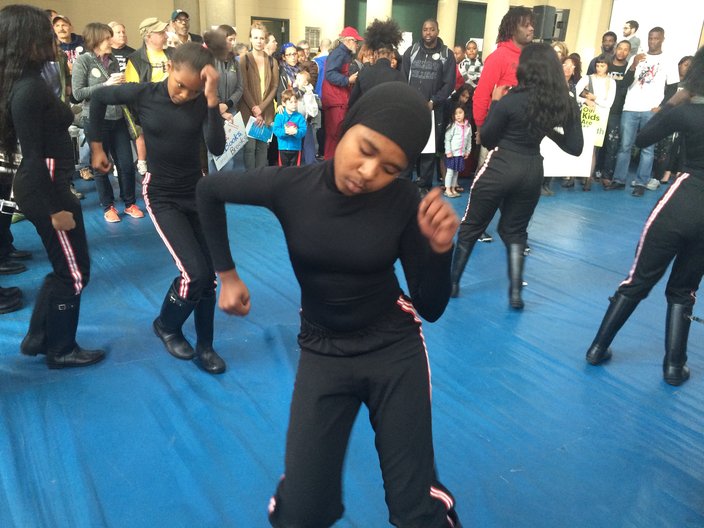 Members of Germantown's Finest Drill Team and Drum Corps perform during the Rally for Rebuild.

On Wednesday, city officials outlined the good option during an event with parks advocates to rally support for the tax. The Rally for Rebuild, presented by the nonprofit Philadelphia Parks Alliance at the Lloyd Rec Center near the Philadelphia Museum of Art, drew members of friends groups from parks, rec centers and libraries across the city. All of whom the city hopes will pressure their City Council members to enact the tax.

Kenney's budget proposal for 2017 includes $300 million for those projects from three $100 million sales of bonds. It also calls for $8 million annually from the capital budget for six years.

If the council passes the tax, DiBeradinis said Wednesday that residents could see big changes to the civic spaces in their communities.

"We want to come in and say 'this will be transformed,'" he said. "It's going to be monumental."

And many are already thinking of how to spend that money.

Awilda Ocasio of the Friends of McPherson Square, who advocate for the park on Indiana Avenue in Kensington, attended the rally. She said there were a few issues to be addressed at her park.

That very day, in fact, the city had to close the library branch in the park because all the toilets are broken, she said. In addition, funds are needed to keep drug users out of the park.

"The kids at McPherson Park do not know what it's like to play at a real park," she said. "I want to be able to go back to my little friends and tell them something will be done in the park."

Abu Edwards of the Friends of the Greater Olney Library, said that he'd not only like the initiative to rebuild infrastructure, but pay for new programs and equipment – especially computers – for children to use.

"It's so sad to see that our children are being cheated," he said. "This is a historic opportunity to make a difference." 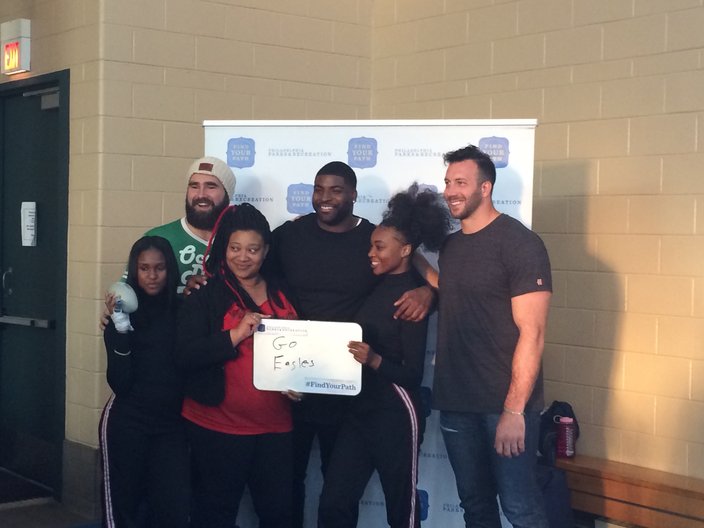 Also, Ott Lovell shared a slideshow of problems she had seen at 25 parks and rec centers that she had recently visited throughout the city.

PhillyVoice pointed out similar issues in a report earlier this year.

DEDICATION, AND FACILITIES TO MATCH

Ott Lovell said that while many recreational facilities are battered and damaged, she found it inspiring to meet the friends groups and community volunteers who work with children at the rec centers.

And, she said, it's time the city had the funds to make infrastructure at the city's civic spaces live up to the passion of the people in the communities they serve.

"The physical facilities, they don't match what's going on inside," she said.

Kenney agreed, saying that growing up, he felt his local park in South Philadelphia "was the center of the universe" and he knows children today that feel the same way.

With parks, libraries and rec centers deteriorating in the neighborhoods, it's time to give Philadelphia children facilities they can enjoy, he said.

But, again, everything hinges on the sugary drinks tax, the mayor reminded.

"We are in a big fight against Big Soda," Kenney said, noting an ad campaign that's calling the plan a "grocery tax."

"It's not a grocery tax, it's a sugar-sweetened beverage tax," he continued. "It's just a lie."

Kenney said that without the tax, profit from sugary drinks "goes to the one percent." Instead, he said, his proposal to tax drinks with added sugar would allow a piece of profits made off these drinks to be used in the community.

"We are going to keep that profit here," he said. "And, if you don't like the tax, guess what, you don't have to buy it."