Why I chose Penn's Treaty Coworking 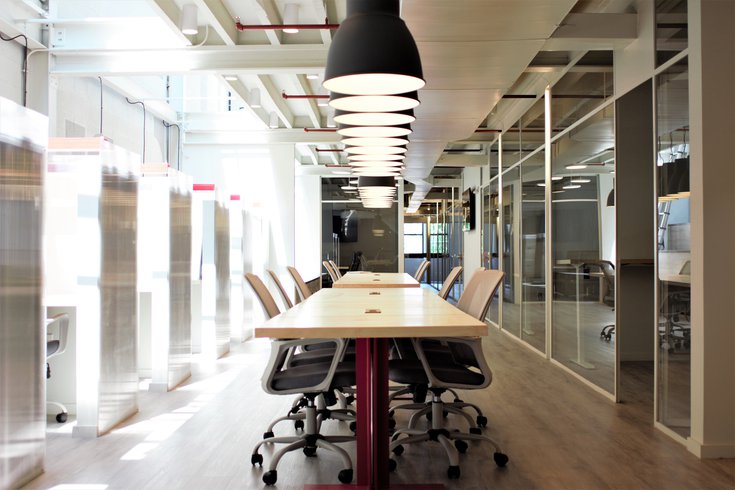 It was summer 2021, and I had spent the last ten months running my media company, Nantico Studios, from a small desk tucked in the corner of my bedroom. While the commute was short, I was quickly outgrowing my 3’x2’ tabletop. It was time for a change.

So, the search was on. My first priority was simply to find a place that would allow me to spread out and be more productive. I briefly considered renting out a small studio; but, as someone who had moved to the city only a few months previously, I was eager to connect with other professionals and was excited by the networking and social opportunities that a coworking membership provides. However, as I researched different options, it was difficult to find a property that met both of these needs, was conveniently located to my apartment, and fit within my budget.

I shared my frustrations over happy hour drinks one evening with my roommate, and he told me of a sign advertising Penn’s Treaty Coworking that he had seen a few blocks from our apartment.

When I first looked up the space online, I must admit that I was skeptical. The location, amenities, and community-focused culture seemed too good to be true; but, when I visited the property the next day, I was pleasantly surprised to see it offered all I had hoped for — and more.

Passing the building on the street, it looks like one of the scores of once-abandoned, now wonderfully repurposed manufacturing companies that dot Philadelphia’s cityscape. Unassuming from the outside, it’s a whole different story when you walk in.

Nestled inside of Billy Penn Studios on North Fifth Street in Olde Kensington, Penn’s Treaty’s open and inviting lobby gives way to three stories of brightly-lit, flexible workspaces that pay homage to popular urban-industrial design all while maintaining its own, unique flair. With all of the conveniences you’d expect from any coworking space like complimentary coffee and snacks, Penn’s Treaty also offers members conference room access, printing and mailing services, kitchen use, private lockers, bike parking, and more. 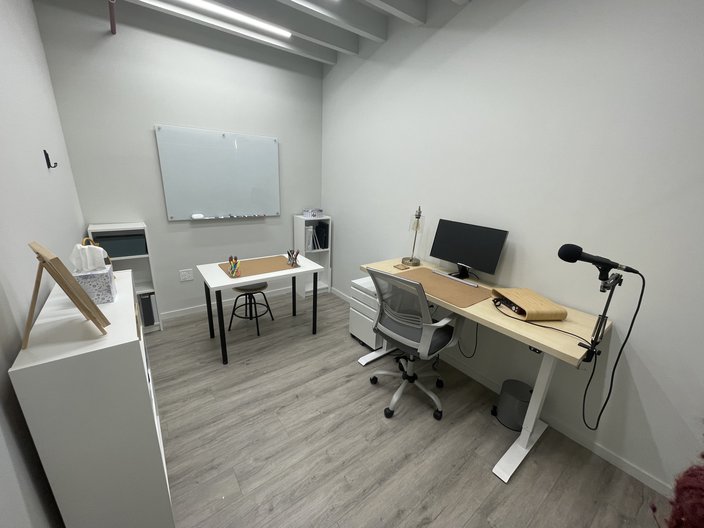 My office at Penn's Treaty Coworking.

As I toured the building, I easily imagined my days spending mornings sitting in my office on meetings, taking lunch and chatting with other tenants in the common areas outside of the kitchen, and finishing the afternoons working at either one of the open work tables or inside of the semi-enclosed call booths. After calling it a day, I would then meet friends at Tufas Boulder Lounge, grab a bite at Poe’s Sandwich Joint, stop for trivia night at Sutton’s, pay a visit to Human Robot Brewing, or catch a show at Sunflower Philly — all within a few blocks of my office.


With access to amenities inside of Billy Penn Studios as well, I realized that Penn’s Treaty not only met my immediate needs but would also accommodate me as my business grows.

Now, as a tenant, I cannot speak highly enough of the property and the helpful and supportive staff. From the big things — like when one of the building’s owners noticed and resolved a lighting issue in my office the same day — to the small, their attentiveness and care facilitated a seamless transition and made me feel truly welcomed. After settling into my new office, I was quickly introduced to a diverse and friendly community of small business owners, remote workers, and independent contractors, allowing me to network, build relationships, and connect with new clients.

Where I thought I was going to have to decide between either’s and or’s, Penn’s Treaty gives me and’s. Here, I have an affordable, private office that’s functional, productive, and presents well to clients. I’m able to run my business and customize my space to make it my own, all while being part of a community of other entrepreneurs and local creators. One of the best surprises in one of Philadelphia’s most exciting neighborhoods, Penn’s Treaty Coworking checks all of the boxes.

Learn more about Nantico Studios at nanticostudios.com and check out where I’m proud to call home at pennstreaty.co.