Philadelphia Orchestra receives $55 million from donors, its largest gift ever 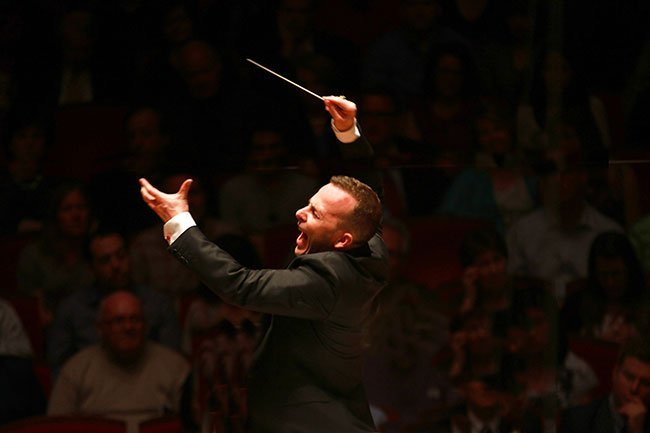 The Philadelphia Orchestra, led by music director Yannick Nézet-Séguin, pictured above, received the largest gift in the ensemble's history this week.

The Philadelphia Orchestra received the largest gift in the ensemble's history on Thursday, totaling $55 million.

The gift was given by a donor-supervised fund at the Silicon Valley Community Foundation supported by unnamed individuals, according to the orchestra's official announcement on Thursday.

The fund gave $50 million to the orchestra's endowment, and $5 million will go toward operating expenses — the ensemble's largest gift ever, bringing its total endowment up to about $212 million. For context, New York's Philharmonic's is around $200 million, according to the New York Times.

Endowments allow orchestras to stay alive while ticket sales decline, closing the gap between revenue and expenses. The Inquirer reported that for years, the ensemble's endowment has been smaller than peer groups across the country.

"This exemplary act of generosity is overwhelming,” Richard B. Worley, chairman of the orchestra's board of directors, said in a statement. “The impact of this gift will be felt for generations. I know it will also serve as an inspiration and invitation to others to strengthen the Orchestra for the future. The donors have my deepest respect and admiration. I could not be more grateful.”

This donation will help stave off the orchestra's longtime financial insecurities. In 2011, the orchestra fell into bankruptcy, forcing it into a hiring freeze. Then in 2016 musicians went on a brief strike over wage disputes.

These days, conductor and music director Yannick Nézet-Séguin — who is also the Metropolitan Opera's music director — has put the orchestra on the map. His contract has been extended until 2026.