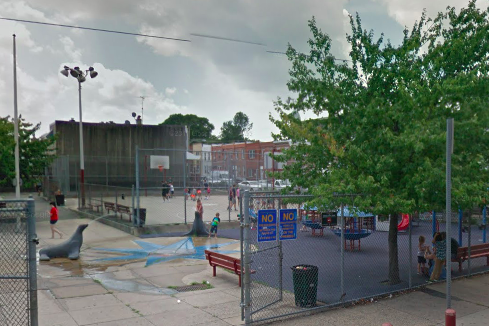 Philadelphia's ambitious plan to revitalize parks, rec centers and libraries around the city hasn't yet taken off to the degree that was originally projected.

That's because the state's ongoing legal review of the soda tax, whose revenue will support a $300 million bond issue, has kept Philadelphia Parks and Recreation from putting shovels in the ground.

Mayor Jim Kenney joined other city officials at an event in Port Richmond on Friday to announce that the program soon will move forward with the resources that are available. The neighborhood's Frank Glavin Memorial Playground, also known as A&W Playground, will be among the city's first to receive renovations.

Rebuild is ultimately expected to allocate about $500 million to some 400 projects, each meeting one of several conditions for rehabilitation or public health improvement.

Last December, the city released a list of proposed sites for Rebuild and project statement clarifying the program's goals.

Up-front financing for the initiative, authorized in a service agreement between the city and the Philadelphia Authority for Industrial Development, will come primarily through a $300 million bond issue. Philadelphia will add $48 million in capital funding to go with another $152 million in grants and contributions from other sources, including $100 million from the William Penn Foundation.

The ongoing legal challenge of the soda tax has kept the city from releasing the vast majority of revenue collected from the controversial measure, drawing a rebuke from Philadelphia City Controller Rebecca Rhynhart. The city will not begin to issue bonds until the Pennsylvania Supreme Court resolves the appeal of lower court rulings upholding the soda tax.

Rebuild will start the process by investing $8 million in approved funding for a select group of sites. Those site selected for renovations in 2018 will be announced in the coming weeks.