Conservation organization Trust for Public Land placed the city at 32nd in the country, dropping it 13 spots from 2021 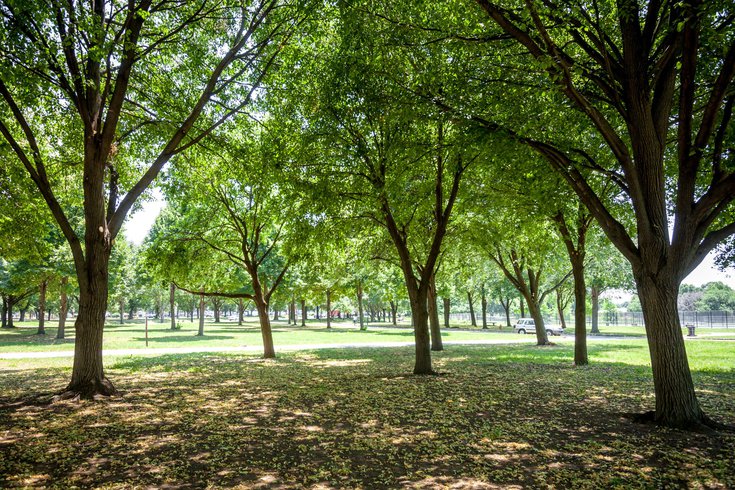 Philadelphia's parks were ranked 32nd in the country by the Trust for Public Land, a 13-point drop from its national ranking in 2021. Investment is much of the reason for the significant drop, as the city's Parks and Recreation Department has attempted to recover pandemic-related cuts.

While 95% of Philadelphia residents live within a walkable half-mile of a park, the city's outdoor spaces were only ranked 32nd among the 100 largest cities in the country.

Philadelphia's new ranking represents a significant drop from the previous year's report, which named the city as 19th in the country.

This year's index gave the city a below average ranking in several factors, including size of parks, public and private funding of parks, distribution of park space in low-income communities and access to outdoor amenities like playgrounds and dog parks.

Philadelphia is ranked among the highest in the country in terms of walkable access to parks, including those in low-income areas and communities of color. However, pandemic-related spending constraints have stretched Parks and Recreation budgets nationally, Trust for Public Land officials said.

Trust for Public Land's scoring index includes both city-provided funding through the budget, as well as private funding and paid volunteer hours. The report found that a total of $73 per capita is spent on Philadelphia's parks – well below the $98 per capita national average.

While the budget for the Parks and Recreation Department has seen some increases in recent years, an analysis from the City Controller's Office found that funding for the department has remained relatively unchanged since the start of Mayor Kenney's administration, with a $1 per capita annual increase.

The city's proposed budget would spend $42 per resident on Parks and Recreation, according to an interactive tool from the City Controller's Office.

"We were cut dramatically during COVID," Lovell told KYW. "We lost a full 20% of our budget. We only got a little more than half of that back last year."

Still, Lovell points to Trust for Public Land's exclusion of spending for the city's Rebuild program as a possible reason behind the drastic fall in ranking. The Rebuild program was established at the beginning of Kenney's first term as a way to restore 90% of the city's 571 parks. It was one of several initiatives funded through the city's sugary beverage tax.

At a City Council budget hearing on Tuesday, officials from the Parks and Recreation Department detailed how they plan to spend $68 million in proposed funding. Among its goals is to increase the amount of year-round programming. Some examples include an expansion of the public pool season, day camps, youth sports and after school programming.

The Department also plans to use the additional funding to provide livable wage increases for both its full-time and seasonal staff, who have been severely impacted by the COVID-19 pandemic. Lovell said during the budget hearing that $2.7 million of the proposed funding is earmarked for maintenance of parks and facilities.