The boy was a 9-year-old attending Hartranft Elementary 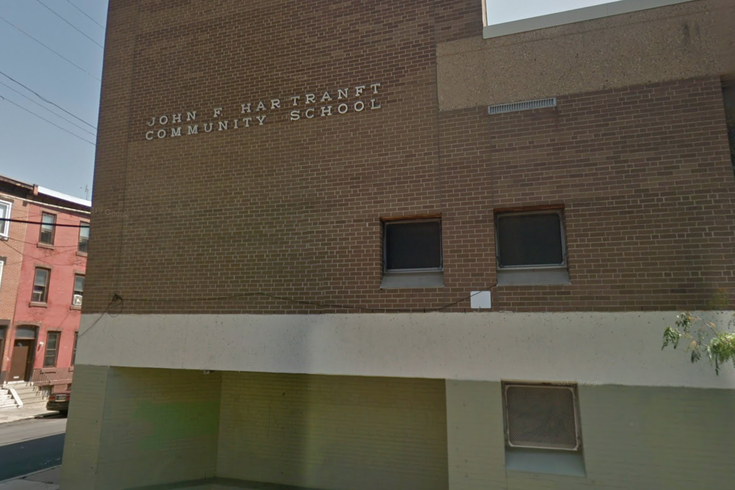 A view of Hartranft Elementary from N. 8th Street.

The boy was with another student, walking to a hallway trash can, when he collapsed, according to School District of Philadelphia spokeswoman Megan Lello.

A staff member at the school reportedly administered CPR, but the boy couldn’t be revived.

He was taken to St. Christopher’s Hospital for Children, located two miles from Hartranft Elementary, where he was pronounced dead.

Lello said the School District of Philadelphia has released this statement:

“The School District of Philadelphia grieves the passing of one of our beloved students. We send our deepest sympathies, thoughts and prayers to the families and friends of the Hartranft School community in this time of sorrow.”

Police are reportedly are investigating the incident, but it’s not a criminal case at this time.

This is a developing story, and we’ll update with more information as it becomes available.