The Phillies are expected to be "eager suitors" for Bogaerts if he hits free agency. 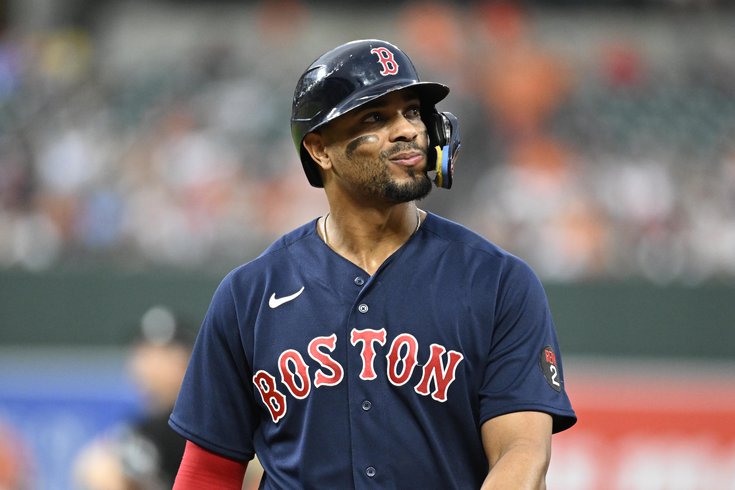 Red Sox shortstop Xander Bogaerts may not be in Boston much longer.

There was an interesting tidbit for Phillies fans in The Boston Globe over the weekend.

From Red Sox reporter Peter Abraham in his Sunday notebook: "Hearing that if the Sox let Xander Bogaerts get to the open market, the Phillies will be eager suitors."

Never too early to get the hot stove going, it seems, even in an active playoff chase.

This isn't the first time Bogaerts and the Phillies have been mentioned in the same breath. The 29-year-old shortstop can opt out of his contract with the Red Sox after this season, and is likely to do so now that Boston has bottomed out and is looking to retool – The Red Sox are 69-72 as of Monday and last in the AL East.

Before the trade deadline, we pondered if Bogaerts would be a potential trade target for the Phils to bolster their playoff hunt, but that was back when Didi Gregorius was on the roster and Bryson Stott, in his first big-league season, was still trying to find his footing.

He does present an upgrade at the plate, but if Stott's progress continues, then shortstop isn't an area of concern for the Phillies anymore. That said, if an offseason pursuit of Bogaerts is still in the cards, perhaps the question then shifts to if he's willing to switch to second base. Jean Segura is in the last year of his contract and while the Phillies do have a club option for 2023, it's unclear if they'll pick it up for the 32-year-old.

If they don't, then team president Dave Dombrowski has a hole to fill at second and could look to one of his former players in Boston to do it.

It wouldn't be an unprecedented move either, as Trevor Story made the switch from short to second in order to sign with Boston in free agency.

Bogaerts may not be the only name the Phillies are expected to be involved with this winter. Dodger's shortstop Trea Turner, who will also be due for a payday in free agency, has been a name tossed around as well.