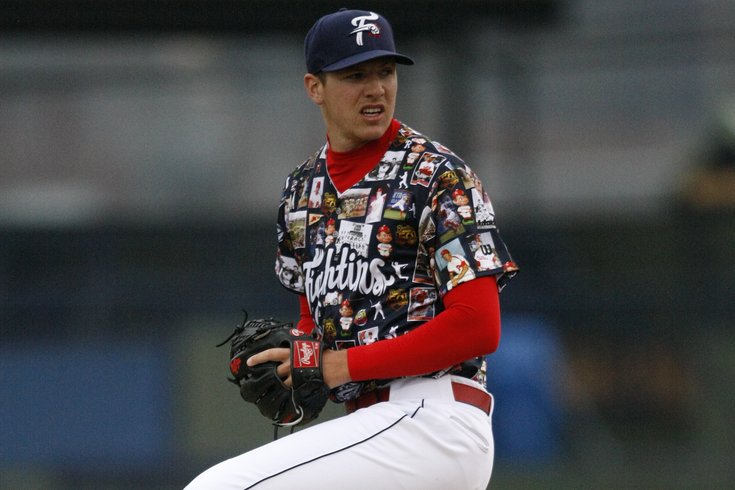 Nick Pivetta, acquired from the Washington Nationals for Jonathan Papelbon in July of 2015, is attending his first major league camp with the Phillies next month and competing for Team Canada in the World Baseball Classic in March.

Nick Pivetta, one of nine Phillies minor leaguers in town this week for the organization’s annual prospect education program, said he is “over the moon” about the idea of getting acclimated in his first major league spring training. He’ll officially report with the rest of pitchers and catchers a month from Friday.

But from a professional and personal standpoint, the 6-5 right-hander arguably has a more meaningful event on his spring calendar. Three weeks after his 24th birthday, Pivetta will leave Clearwater, Fla., for Miami to join Team Canada for the World Baseball Classic.

Pivetta, a native of Victoria, British Columbia, is expected to be one of Canada’s top two starting pitchers for the tournament, which began in 2006 and has also taken place in 2009 and 2013.

“It’s a great honor,” said Pivetta, who competed on the junior national team for 2 1/2 years while at Lambrick Park Secondary School. “I’m really, really excited to do it. I’ll be leaving on March 9. It’s a dream come true for me. I am so excited for it.”

Pivetta joined the Phillies organization a year and a half ago when the team happened to be in Canada for a two-game series with the Blue Jays. The Phillies’ stay in Toronto was brief but eventful in the final week of July 2015: they agreed to trades that sent both Cole Hamels (Texas) and Jonathan Papelbon (Washington) to contending teams.

Most of the prospects the Phillies received for Hamels have reached the big leagues in the 18 months since, with the exception of top outfield prospect Nick Williams. Pivetta, meanwhile, was the lone return for the disgruntled Papelbon.

At the time, it was surprising the Phillies were able to get anything more than some salary relief for Papelbon, a former All-Star closer who had lost some zip on his fastball and was considered a possible clubhouse distraction, too. The fact that they landed a hard-throwing, projectable pitcher like Pivetta, who graduated to Triple-A in 2016, has turned out to be a big win on the resume for former general manager Ruben Amaro Jr. 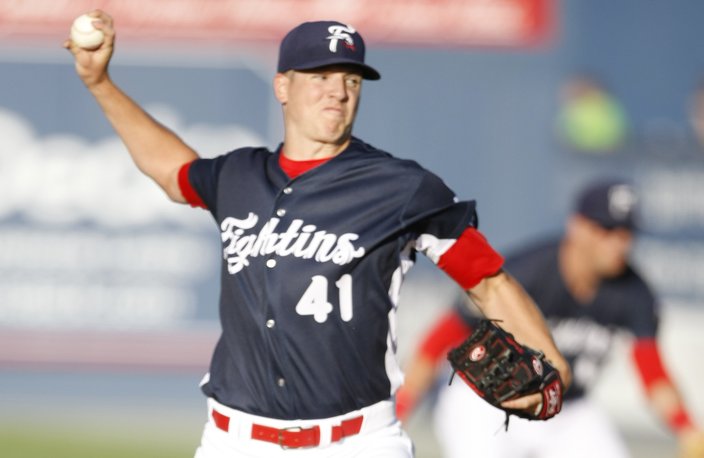 Nick Pivetta is expected to be at the top end of Team Canada's starting rotation at the World Baseball Classic.

Pivetta, who features a fastball that sits in the mid-90s, went 12-8 with a 3.27 ERA in 27 starts between Triple-A Lehigh Valley and Double-A Reading in 2016. Pivetta struck out 138 batters in 148 2/3 innings last season, including 111 in 22 starts at Reading; only five Eastern League pitchers had more strikeouts (and all had more innings pitches than Pivetta).


“I’ve progressed more and more each year, but (last) year I just tied everything together to put myself into the position I’m in right now,” said Pivetta, who figures to begin the season at Triple-A and be among the first pitchers the Phillies consider when the major league club has a need in 2017. “Things kind of clicked, but there are more things that I can improve on like everybody. But I had a great year and I’m looking to improve on it this year.”

The biggest improvement Pivetta made from 2015 to 2016 was simply improving the command of all of his pitches: fastball, curve, slider, and changeup. It’s evident in the numbers.

Thanks to @ReadingFightins and @IronPigs for a great 2016 season excited to see what 2017 has in store #Phillies pic.twitter.com/6zZTMgXg0L

Most of Pivetta’s ability to bounce back is credited to the natural maturation young prospects go through as the climb the rungs in any minor league system. But it’s also only human to let it creep into your head that you were just traded for a six-time All-Star who was also the all-time saves leader for two different storied organizations.

“I would be lying to you if I say it didn’t, but I just let the course of who I am show what type of player I am,” Pivetta said if there was any pressure being known as the guy traded for Jonathan Papelbon. “It was a great honor. And yeah, it made me nervous. But it was a great experience. It helps you build as a player. And it motivates you.”

Pivetta will look to continue his path to the Phillies roster this spring, both in Clearwater and in the WBC, where he’ll play for Phillies minor league coach Ernie Whitt.

“I’m just really excited and very grateful that I’m in this position,” Pivetta said. “I’ve never been (to major league camp) before and I’m over the moon about it, just excited to be around those guys and get acclimated to that type of atmosphere. I’m just so excited for it.”

What do you think, Next crew ? @MLBNetwork @Phillies pic.twitter.com/3YotHIIat5

As a part of the prospect education week, Pivetta and his fellow Phillies minor leaguers visited MLB Network's studios in Secaucus, N.J., on Thursday.