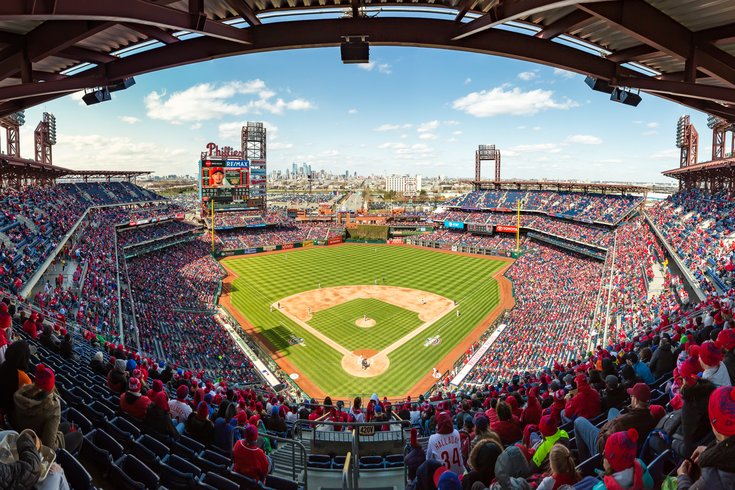 It's really, really easy to forget about first-round picks in Major League Baseball. Most casual Phillies fans wouldn't be able to name the last few first-round picks, in contrast to the Sixers or Eagles, whose first rounders become household names around these parts.

Baseball's first rounders usually vanish to the Florida State League, or some other Single-A team for years at a time, with the lucky ones emerging with promotions to the upper minors (like Phillies affiliates in Reading or Lehigh Valley).

It was sort of under the radar when the Phillies announced last week that Mickey Moniak (2016's first overall pick) and Adam Haseley (2017's 8th overall) — both outfielders — got spring training invitations.

Phillies manager Gabe Kapler can't wait to get his hands on them when position players report in mid February.

"I am really excited about both Moniak and Haseley," the Phils skipper said Tuesday. "Both were here for our prospect program. Rhys Hoskins had a chance to address them; Brian Dawkins talked to them. They're all especially hungry and it's fun to look ahead.

"Moniak took a big step last year he was a much better player at the end of the season and is taking strides. Haseley was a dominant force at the plate and has exhibited a great deal of place discipline which we all know is important at the Major League level."

Moniak, 20, struggled mightily in 2017, his second full season in the minors hitting just .236 in Lakewood in the South Atlantic League. However, as Kapler mentioned, turned it around in a big way in 2018 in Clearwater.

Haseley, 22, showed no signs of struggle, as he took the minors by storm hitting for a combined .298 over parts of two seasons across five different levels.

Here are numbers from the duo — both left-handed hitters — from their most recent stints:

The implication from their invite to spring training, without a guaranteed roster spot, is that they'll get their feet wet and mingle and bond with some current Phillies. Both are expected to start the season either in Double- or Triple-A. Each was invited to visit Philly last week where they were able to get a small taste of what awaited them if they could continue their hot bats and ride them to the big leagues.

"It's always important to have a feel and a sense of the clubhouse before you actually get here," Kapler said. "It happened for me when I came up with the Detroit Tigers and I had the chance to go to Detroit before I ever came up as a Major League player. It's a great motivator no doubt."

For Hoskins, fast becoming one of the Phillies' clubhouse and stat sheet leaders, interacting with Moniak, Haseley and other top prospects was a reminder of how far he had come.

"It was kind of a full-circle moment for me," he said. "I was there just two years ago now. It feels like a lot has happened — it feels like a lot longer than that, it was cool. I have had a lot thrown my way in a short period of time so it was interesting to hear their questions and concerns compared to where my head was at at that stage."

Neither of the young outfielders was named as a top 100 prospect by Baseball Prospectus this week. Phillies making the list included pitcher Sixto Sanchez (No. 13 overall), last year's first round pick Alex Bohm (65th) and shortstop Luis Garcia (88th).

It will be interesting to see how the Phillies handle their outfield depth with Bryce Harper so firmly in their crosshairs and minds. The team is rather deep at the moment with Odubel Herrera, Andrew McCutchen, Roman Quinn, Dylan Cozens, Aaron Altherr and Nick Williams all fighting for a spot on the 25-man roster. Should Moniak or Haseley make a serious case for a jump to The Show, some of the aforementioned outfielders may find themselves on the trade block.