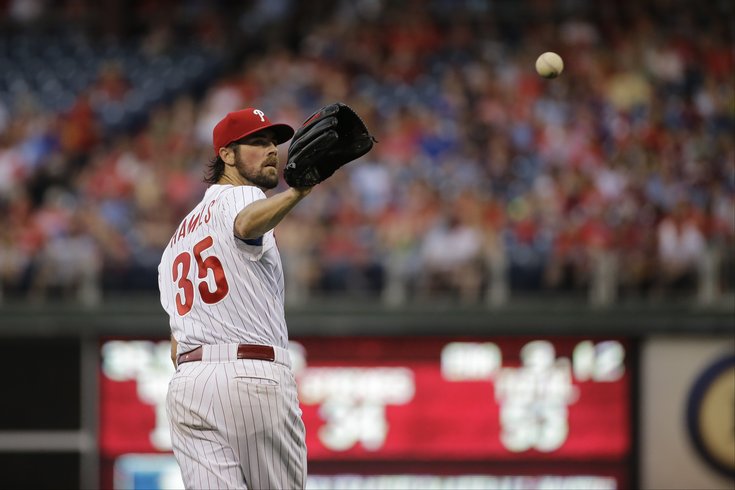 Phillies starter Cole Hamels has been the subject of trade rumors all season long.

After over a year on the trade block, it appears as if Cole Hamels is finally on the move. Late Wednesday night, the Phillies and Texas Rangers reportedly agreed on a deal that sent the 31-year-old left-handed ace to the American League after spending the first ten years of his career in Philadelphia.

Hamels’ no-hitter on Saturday at Wrigley Field was indeed the final game he pitched in a Phillies uniform for now. He’s going to Texas along with reliever Jake Diekman and cash for five prospects: RHP Alec Asher, RHP Jake Thompson, OF Nick Williams, C Jorge Alfaro, and RHP Jerad Eickhoff. Of that group, Williams (ranked the 21st prospect in baseball by Baseball Prospectus), Thompson (ranked 30th by BP), and Alfaro (34th) are the headliners. Rangers pitcher Matt Harrison is reportedly coming back to Philly as well in what looks like a salary dump.

The deal is contingent on a medical review.

Source: #Phillies sending $9.5M to #Rangers in Hamels deal and assuming Harrison’s remaining obligation, which amounts to about $34M.

The deal could be announced as early as Thursday, The Dallas Morning News reported on its website. The Rangers were able to hold on to top prospects Nomar Mazara and Joey Gallo, who were not included in the deal. According to MLB Pipeline, the Phillies acquired the number 4, 5, 6, 17, and 29 prospects in the Rangers' deep farm system.

According to Bob Nightengale of USA TODAY, Hamels rejected a move to the Houston Astros, who were on his no-trade list. He reportedly didn't have the ability to block a deal to the Rangers. Hamels finishes his career as a Phillie (for now at least) with a 114-90 record, 1844 strikeouts in 1930 innings pitched, and a 3.30 ERA. He made three All-Star games and was both the NLCS and World Series MVP in 2008 as the Phillies won it all.

Here is what Carlos Ruiz, who was called up to the majors in the same month (May 2006) as Hamels and has been along for the ride with him ever since, told Ryan Lawrence of the Philadelphia Daily News about his teammate:

...But definitely it’s sad when you’re around one of your teammates for a long time and then they have to go away."