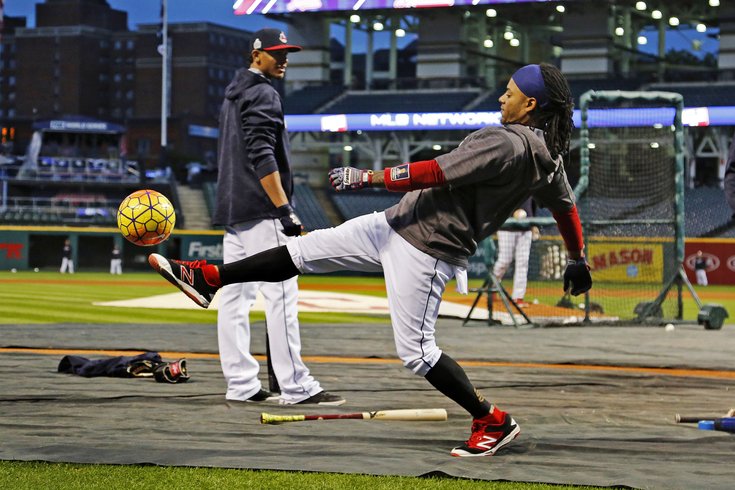 The Chicago Cubs won the World Series in dramatic fashion early Thursday morning, ending a 108-year drought after surmounting a 3-1 series deficit and clinching a title in extra innings.

And all of Philly sports Twitter was fixated on former Phillies player Michael Martinez.

One of the greatest World Series game sevens in history and Philly spent the tenth inning making Michael Martinez jokes. Love you people.

Martinez — aka Mini Mart — spent a rather forgettable three seasons with the Phillies from 2011-2013, batting under .200 and swatting just five home runs during his tenure with the team. But with his connection to the Phillies, and his pending at-bat in a crucial moment, local fans were reveling in Martinez's date with destiny.

I'm at a point right now where Mini-Mart being at the plate makes me think it's *more* likely the Indians will tie it.

One way or another Mini-Mart ends this. It is written

If Mini Mart wins the Indians a #WorldSeries, there is no God and the locusts will be here tomorrow.

IT'S ALL UP TO MICHAEL MARTINEZ

Martinez grounded out to Kris Bryant to end the game and the series.

Does it really count if the last out is Mini Mart

Why did they let Mini-Mart hit in the World Series

Thanks for not making being a Philly fan even more difficult, mini mart! https://t.co/a7uXi5y08l