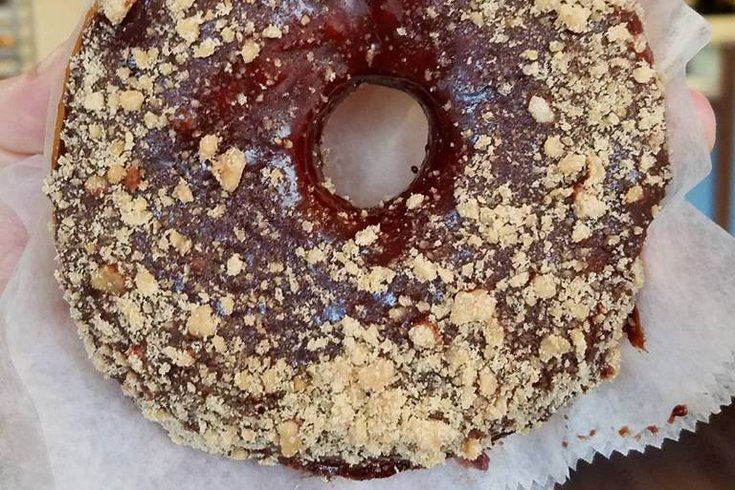 For those who love doughnuts and love to hate Tom Brady, Dottie's Donuts has you covered.

Dottie's, the Philadelphia-based vegan bakery that made headlines here when it banned all Boston-themed doughnuts from its shop and introduced the "Eagles Fan on a Greased Pole" doughnut ahead of Super Bowl LII, just took a jab at the New England Patriots quarterback with its latest Super Bowl-inspired creation.

The bakery introduced the Tom "Butterfingers" Brady doughnut on Tuesday, a chocolate-glazed, crumbled-Butterfinger-topped treat whose name pokes fun at Brady's failure to catch a wide-open, third-down pass in Eagles territory on a trick play in the second quarter of the Eagles' 41-33 win on Sunday night.

The Eagles rubbed a little salt in the wound when their quarterback and eventual Super Bowl LII MVP Nick Foles called a similar play on fourth down late in the quarter, resulting in a surprising touchdown pass from tight end Trey Burton to Foles.

"Poor Tom Brady just couldn't catch a break this Super Bowl, or the ball," Dottie's wrote in a Facebook post. "This will be our final Super Bowl-themed donut so don't let this sweet opportunity slip through your hands."

Dottie's has locations in West Philly and Queen Village.