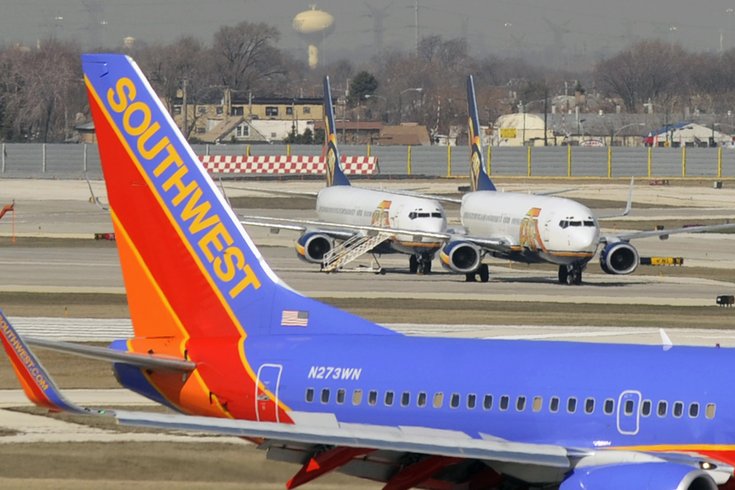 A Philadelphia-bound Southwest Airlines plane aborted its takeoff at Chicago's Midway International Airport Friday morning, according to an Associated Press report on 6ABC.

Southwest said the Philadelphia-bound plane with 136 passengers returned to the gate after the pilot of another Southwest aircraft saw "potential signs of a mechanical issue."

It was the second time this week that a plane needed to abort a takeoff at the Chicago airport.

A Boston-bound Southwest plane cut short its takeoff from Midway because of a mechanical issue on Wednesday night. According to the fire department, one of the plane's engines caught fire.

In addition, ground equipment struck a Southwest plane and a jet bridge at Midway on Thursday.