Zach Galifianakis doppelgänger gets paid $250,000 a year to party with celebrities and beautiful women 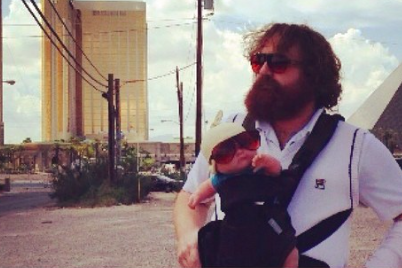 Thaddeus Kalinoski was a hotel manager in Philadelphia but now earns $1,000 an appearance in Las Vegas after moving there to make a new life.

A Philadelphia man with a striking resemblance to Alan Garner from ‘The Hangover’ is using it to his advantage as a real-life version of the famous comedy character.

"Every day I live out my life like I am in The Hangover with some of the adventures being as crazy as what people saw in the film," - Thaddeus Kalinoski, Philadelphia man who resembles Alan Garner from ‘The Hangover’

For the past four years, Thaddeus Kalinoski, a former hotel manager in Philadelphia, has spent his days - and many late nights - partying it up with celebrities, high-rollers and beautiful women on the Las Vegas strip, and for it he's raking in around $250,000 a year, according to an exclusive interview with Daily Mail Online, which is based in the UK.

In the interview, Kalinoski, 38, shared a glimpse of what it’s like to live like the character made famous by actor Zach Galifianakis, and as you may have guessed, it involves a lot of alcohol, tomfoolery and sex.

"Every day I live out my life like I am in The Hangover with some of the adventures being as crazy as what people saw in the film.

"I cannot lie I have been approached by absolutely stunning women, who almost beg to sleep with me. It is simply unbelievable," he told the Daily Mail Online. "I won't give numbers, but I have done okay for myself." 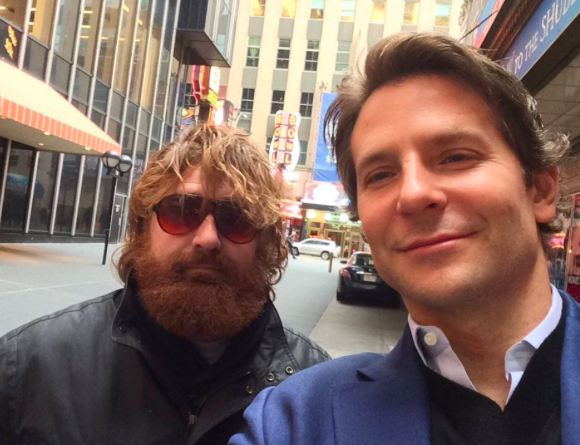 So, how can you party with Thaddeus - er, Alan?

He charges $1,000 for private or corporate events, according to the Daily Mail, and you can find him by typing his real name into Facebook and Instagram (as I did), where you’ll also find a bunch of hilarious photos of his Vegas shenanigans.

"Part of my act is that I never drop character. I hope I have a funny retort or comment for any situation."